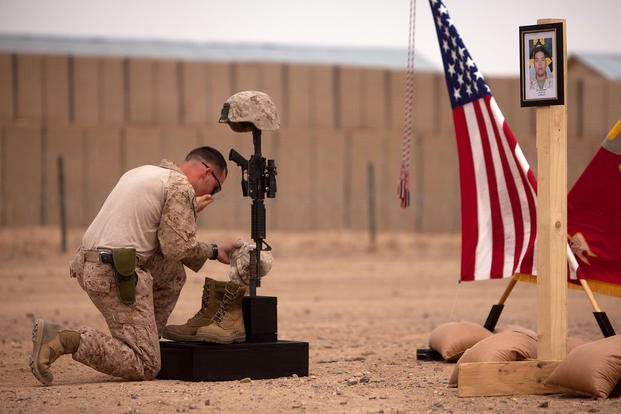 The United States military forces left its key base ‘Bagram Airfield’ in the dead of night without informing Afghan Government in Kabul. The ignominious exit of American forces from Afghanistan, marks end of the two decade long invasion, which has claimed the lives of around 2,500 American troops following the terrorist attacks of September 11, 2001. Last year the USA signed a historic peace treaty with the Taliban at Doha, provided the latter met the terms signed under the accord. The Taliban has been advancing rapidly as US troops withdraw. The sudden surprise withdrawal has left the Afghan forces demoralized with the forces giving up large tracts of the country without resistance. Nearly 1,000 Afghan forces fighting the Taliban in the north of the country have fled to Tajikistan. The hasty withdrawal of American forces has led to the possibility of Afghanistan plunging into full scale civil war and the possibility of future terrorist attacks on American mainland is not ruled out by the ultra radicalised extremist jihad troika of Taliban, ISIS & Al-Qaeda.

The so-called safe exit of American forces in Afghanistan was necessitated after the cost of war escalated to unsustainable levels. According to Brown’s Watson Institute for International and Public Affairs the estimated cost of the war is around $2.26 Trillion & rising with every passing day. The interest overheads due in 2023 on borrowed money will cost the US exchequer $600 Billion. The cost of  medical and disability care for veterans of the wars in Iraq is estimated to be around $296 Billion and is projected to be another trillion dollars in the next 40 years. The two decade war has left a trail of destruction in Afghanistan with estimated 100,000 Afghans killed or wounded.

The peace accord of the United States with Taliban has drawn its equivalance with Richard Nixon’s deal with North Vietnam five decades back. The United States suffered major casualties of 58,000 personnel’s & 10,000 planes & helicopters in decade long Vietnam war. At the peak of the war around half-a-million forces were stationed on the ground backed by massive air power of USAF. The high morale, courage, nationalistic zeal and patriotism of resisting Vietnam forces fought the American intervention tooth and nail and forced them to sign peace accord that led to their safe withdrawal from Vietnam. The memories & scars of Vietnam still haunts the American forces for the trauma it caused to them.

Similarly in Afghanistan during the height of American Invasion around 100,000 US troops were deployed to counter Taliban. The escalating war cost has forced Americans to take safe exit from the region. And in the process they have left the Afghan government to fend for themselves. The Americans had negotiated a deal with their enemy, when they were obligated to help the Afghans who worked with them. The credibility and standing of the United States have been dented for being ejected by the ragtag Jehadi group. The sophisticated weaponry filled with drones ultimately failed against the resistance & patience of Taliban. Pakistan had provided covert support to Taliban during the conflict and helped the radicalised Jihadi group to maintain its organizational strength and regroup to fight Americans. According to intelligence reports the collapse of Afghan government in Kabul is imminent. The Taliban will be the force to reckon with in Afghanistan in coming days. They do have recognition from China, Russia, Iran, Turkmenistan, Uzbekistan. According to media reports India EAM S Jaishanker has reportedly met a Taliban envoy in Qatar to secure India’s development projects & interest in Afghanistan.

Going forward the world will view American so-called safe exit as a cowardly act of mindless intoxicated super power with its hi-tech gizmo weaponry defeated by gutsy Jehadi Taliban forces similar in Vietnam. The $2.26 Trillion American Odyssey in Afghanistan could have been utilized for modernizing the Infrastructure projects in America. In its pursuit of global domination, America has lost its status of being sole global superpower and in these two decades the Dragon has quietly built itself challenging the American hegemony across the globe. The United States should have demonstrated its acumen to bring upon power sharing agreement between Afghan government & Taliban and ensured that terms of agreement are not violated during the transition process. Truly Afghanistan remains the waterloo moment in American history after Vietnam. A generation of American lives were sacrificed for the benefit of the military industrial complex. The abandoned airfield at Bargam is the monument of shattered American loss of face & credibility.