#Election2020 has thrown all sorts of surprises for Americans and the global community. This election has already set records of American participation in Presidential elections of the last 120 years. Both the highest and second highest records have been set in this election.

The total registered voters in #Election2020 has approximately 161 million voters, out of which as per current counts shown on the networks is 71m for Trump and 75m for Biden. That means 90% of all registered voters voted for just those two presidential candidates. In 2016 86.8% of registered voters voted. In 2020, going by media reporting so far the increase in registered voters is almost 4 percent. Out of 161m registered voters, 101.9m voted early nationwide through mail-in ballots. In several states, early ballots exceeded the total number of votes cast in 2016. The number of Absentee Ballots also broke the record of 2016 elections. Republican voters preferred voting in person over mail-in ballot and absentee ballots three times over the democrats. 352 US counties in 29 states claimed 1.8m registered voters more than even eligible voting age citizens. 8 states – Alaska, Colorado, Maine, Maryland, Michigan, New Jersey, Rhode Island, and Vermont exceeded voter registrations over the eligible voting population. The numbers ran as high as 187% in TX, 177% in NM and 171% in SD. The problem of ghost voting has been acute in key battleground states where dead people have voted through absentee ballots.  Needless to say that election officials in many states are responsible for this biggest challenge in American elections. Was it by design Or pure neglect? Who is responsible? All these questions will have to be revealed through FBI investigation through courts.

There are 239.2 million eligible voters in the United States. Out of which 161m are registered voters in 2020.

Hacking of Voting machines can definitely not be ruled out at this juncture. Dominion Voting Systems have been used in almost thirty American states, Canada and Puerto Rico. It’s a Canadian firm providing machines and software for American elections. There have been reports of glitches in their software. However, the FBI needs to look deeper into those glitches or maybe possible hacks through American State enemies. The software has been developed in Siberia, Canada and the USA as per public sources such as Wikipedia. According to some rumors all the votes polled for 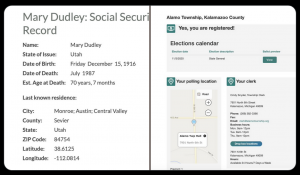 Trump have been reported to show as Biden votes in some key battleground states such as Michigan. Was it a glitch Or a deliberate hack from Chinese and Russians? That needs to be established through investigations. The state election officials also could not catch these glaring inconsistencies while deploying those machines. State election officials in San Diego county in California were found encouraging all voters to manually vote despite these machines being present in the voting centers. Was this a norm in other key battleground states where manual voting was encouraged over electronic voting?

American Electoral College will announce the results of American elections after all legal challenges and questions by both campaigns have been satisfactorily resolved.

Until then the announcement of results by networks have no official sanction and are generally considered propaganda. The premature celebration by Joe-Harris campaign is just another campaign gimmick. The hurriedness in which they proclaimed themselves as elected reeks of conspiracy by their campaigns and media networks. Is that a ploy by democrats to raise expectations of their followers now and then create disturbance in the society when those expectations are not met through official results? Basically, the trusting Americans have gotten the jolt of the third world election experiences. Booth capture used to be a norm in Indian elections three decades ago. 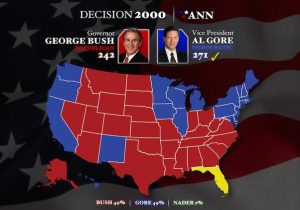 In 2020, American elections appear to be facing the same albeit in a very sophisticated manner. The first stage was suppression of Voter Rolls, then software, then mail-in ballots and finally the media networks.

In short ghost polling, mail-in ballots, election software hacks/glitches, inconsistencies in voter rolls have made American #Election2020,  a nightmare for the credibility of American politics & democracy for the foreseeable future.