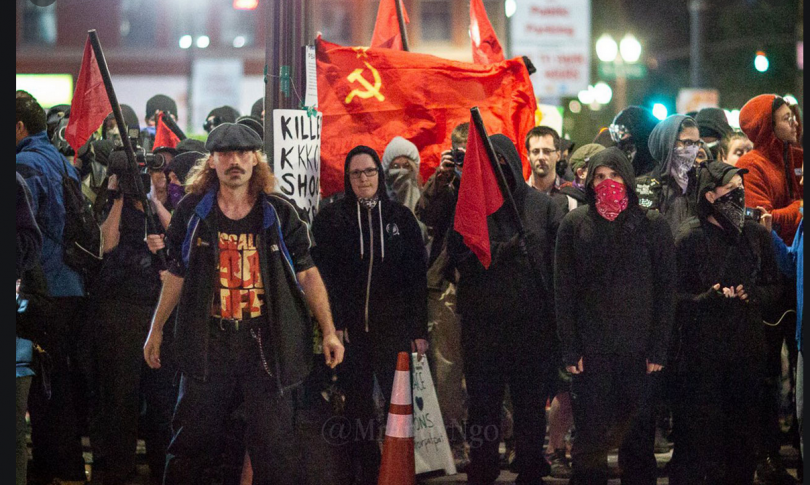 AntiFa , there is no special introduction to this radical left anarchic organization. An organization that claims to work against Anti Fascist elements and most of the time, It is pioneered working against right wing Government/ right leaning people.

The roots of the AntiFa is derived from communist and radical ideology in provoking violence, deny the Government establishments and denounce the rights of the Right Wing, Thus the AntiFa certainly apply for themselves.

Majority of Americans believe that AntiFa is detrimental to society and democracy. Here are some aspects that confirms the anarchic nature of AntiFa:

Similarities between India’s Moaists/Naxals and US AntiFa

It’s much pertinent to look into similarities of India’s Naxals inspired by Soviet and China’s Communist ideology. The aim is to loot rich people, Anti Government, Bombing Government establishments, Killing Police force. Loot the Banks and use those money to buy weapons from external Terrorist organizations. Indian Government apart from State Governments has banned these Naxals groups. Indian Government labelled this Naxal group as a domestic terror organization. Finally, in 2016, after Indian Government demonetized 80% currency and stopped funding the group financially and crushed with Iron Fist. However, even the AntiFa has the same objective to spread communist ideology, looting, riots, attack police, attack Government buildings etc. It is their belief that the objective can only work with violence. 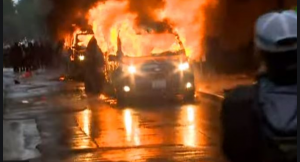 AntiFa’s radical nature packed with anarchic objectives normally leads to violence and unrest. For the past two months the far left radicals have done an insurmountable damage to the business owners, the city of Portland, Seattle and Minneapolis.

Their objective is to de-fund police and dispose of the force and an apprehension among the people. Many Business owners had to move their offices due to Phoenix or to Texas for immediate relief as holding a business in these ultra left cities is unsafe and insecure. Interestingly, they do not want police to function at all. The research shows a surge in homicides in Portland highest since 30 years recorded in the July month alone. It’s not just that but the Police department in Minneapolis 3rd Precinct has asked residents to take care of themselves and prepare to give up the personal belongings to the violent protesters and robbers. It’s not just that but they are known to disrupt the free speech of right wing people apart from vandalizing the statues across America and in specific defacing the iconic Abraham Lincoln statue apart from targeting the names of George Washington, Thomas Jefferson. Interestingly, Abraham Lincoln championed for abolishing slave culture and safeguarding Blacks from Slavery. In a shocking moment, AntiFa’s radical left groups recently defaced a 77 year old elderly white woman with a paint all over just because she stood in the front to support police in Portland.

AntiFa Protesters defacing an elderly woman in Portland with Paint.

AntiFa has a unique love affair with Democratic Party, as we see and connect dots, all these violent protests happened in only Blue States and that too in far left Democrat forts. The City councils of Seattle and Portland are ready to heed their demand to de-fund police. In fact, Seattle’s council voted to de-fund Police just for AntiFa’s demand and surely, it’s a dangerous sign of going into anarchy and so the police chief of Seattle City resigned immediately to protest City’s voting. With this De-fund, the police cannot arrest Gangs, cannot take action against prostitution, Trafficking and other homicides. Police cannot use their weapons if any protest march is conducted. If there are riots that happen, police cannot be able to defend themselves using pepper spray at least. Mayors of Chicago, Seattle Portland were unable to control the Mobs, and inept to conduct their duties to safeguard people. Apart from this, Portland Mayor Ted Wheeler denied permission for Federal Agents entry into the City to safeguard the Federal Buildings. Americans feel increasingly apprehended and frightened with the radical behavior of Democrat controlled cities and city council. Interestingly, none of the Democratic Party politicians condemn the riots nor the violence that led to unrest. During the recent Senate Judiciary subcommittee hearing on AntiFa, none of the seven Democrat Senators condemned the violence nor criticized AntiFa. It’s so clear that their association with AntiFa can fetch far left radical votes which traditionally they hold.

Democratic Party and its love affair with AntiFa converge on the ideology of communists by selectively remaining silence on the violent protests indulged by AntiFa and terming as peaceful protests is certainly a matter of disgrace to democracy.

Most of the Americans believe that the unrest caused by AntiFa movement is indirectly supported by Democratic party and the city councils ineptness to handle the crisis and as well putting the innocent lives of citizens in the brink of danger. With increased violence which Americans have never seen before , this domestic unrest in Blue states raises a stigma of insecurity especially.

At this juncture, it is quite important to remember a famous quote by Abraham Lincoln “America will never be destroyed from the outside. If we lose our freedoms it will be because we have destroyed ourselves from within.”. Thus, Americans should wake up before it becomes worse.