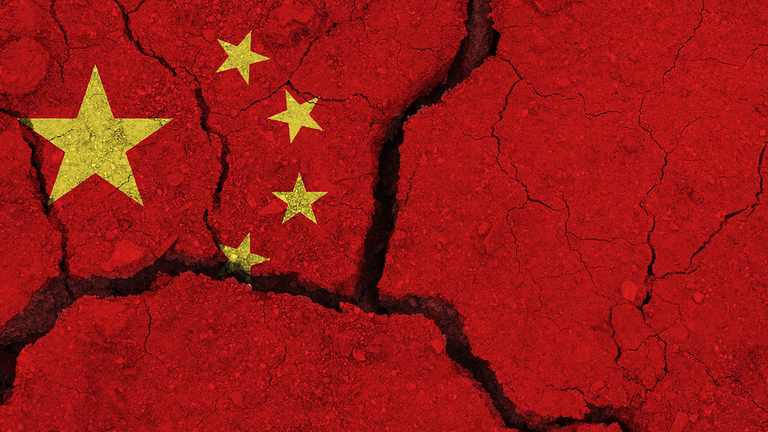 The quiet disengagement between Indian & Chinese forces from southern & northern banks of the Pangong Tso in Ladakh signal an abject capitulation and submission of Chinese Military in favour of Indian Security forces after nine month stand off is likely to end with the defense & military intelligence likely to employ surveillance on movement of Chinese Troops in this region.

The 3,440 Km border dispute resulted in clashes at Galwan on June 15th 2020 after Chinese objected the construction of 255km (140-mile) Darbuk-Shyok-Daulat Beg Oldi (DSDBO) road which is 5000 meters above sea level in Ladakh region in the earlier month. The speed and pace of border infrastructure construction infuriated the CCP as it gives Indian Defense forces a tactical ability to move forces, equipment at forward bases in short period of time.

In the nine month stand off India continued improving its infrastructure with Defense Minister Rajnath Singh inaugurated 43 Bridges made by Border Roads organization and its plan to ramp up Border Infrastructure development with additional funds, manpower allocated in the process. Due to the standoff at border with China at Ladakh & Arunachal Indian Defense procured additional Rs 20,776 crore worth of Defense equipment. And with speedy induction of Rafale fighter jets in Indian Air Force has unsettled China as well. The Induction & operationalisation Light Combat Aircraft (LCA) Tejas Mk-1 took place and India invited Expression of Interest for purchase of additional 114 MMRCA during the year.

The prospect of India turning into big time defense exporter from largest arms importer looks bright with Indigenisation of Defense Industry happening at frantic pace with the DRDO pitching in and looking for export target of 5 Billion USD by 2025. As the disengagement talks were going on the missile program’me was fast tracked with the successful testing of India’s first indigenous anti-radiation missile, Rudram, was on a Sukhoi-30 MKI, nuclear-capable Shaurya missile & others. ‘

Apart from filling the gap holes in the Defense India looked forward to build global alliance against China with formation of QUAD with Japan, Australia & United States. And with Biden committing to strengthen the Indo Pacific Alliance the Chinese are facing heat and pressure due to the stand off at Ladakh. India has hit China economically by ‘ hiking the custom duty on electronic products apart from banning Chinese “APPS”. And the dragons agent of soft power and the trojan horse the Confucius Institutes are under the scanner of Union Government. Many countries have banned them for being conduits of foreign interference.

The pandemic necessitated the diversification of manufacturing supply chains out of China to reduce businesses’ reliance on “the world’s factory”. And leading the charge the world largest Smartphone manufacturers Apple & Samsung are investing to boost domestic smartphone production in next five years. India is providing healing touch to the world by exporting the Vaccine to around 20 countries and many nations including Canada have asked to supply the vials at the earliest.

Parliamentarians of Democratic world have asked their respective countries to boycott Beijing Winter Olympics in 2022 and China is taking pains to build narrative that the pandemic was not born in Wuhan but somewhere else. The extensive global PR campaign is testimonial to the fact that the cover up is actually not working and the influence of China as dominant global power is waning significantly post pandemic. A trust deficit is high and the death of millions of people in the Wuhan pandemic will remain imprinted in the memory for years to come. The world is actually standing up against China with many countries scrapping the infrastructure projects to be funded by China fearing debt trap in the future.

There is growing concern of Chinese human rights violations against the Uighur Muslims in Xinjiang for detaining around million in detention camps. The organ harvesting of Falun Gong has drawn sharp criticism. The resettlement and rehabilitation of Tibetans in China has also changed the demographic landscape. The Anti Government protest in Hongkong is showing no signs of dying down.

Above factors outline the fall of China’s soft power internationally. And the trust deficit is too high and India is emerging as global power under the leadership of Narendar Modi, while the Chinese Premier Xingping looks to be crying baby and has been unsuccessful in destabilizing the strong nationalist government of Narendra Modi either by CAA / NRC protest or through farmers agitation or by inciting trouble at the work place of Apple or causing blast at Serum Institute. The Chinese hand in the recent Chamoli glacier incident is not ruled out. The suspected sabotage has caused large scale devastation to two power projects.

The Chinese are now on the back foot and will use unconventional warfare to bleed India with thousand cuts forcing into submission at its weak point. And the Indian establishment is now prepared to handle the covert designs of the dragon. The Indian government has raised covert Special frontier force of Tibetian refugees for high altitude guerilla combat warfare and they surprised Chinese forces by occupying the heights in Chusul sector in Eastern Ladakh. And on October 10th last year the National Taiwan Day became top trend in India & Tajinder Pal Singh Bagga an official of India’s ruling party put billboards outside the Chinese embassy in Delhi showing Taiwan flags and congratulatory messages. In the process challenging the “One China Policy” narrative floated by CCP.

The Chinese belligerence at Galwan was wake up call for Indian policy makers that “Hindi-Chini” can never be Bhai – Bhai and its better to dump the Panchsheel policy and give back to China in the language it understands. Rather being pacifist and adopting conciliatory approach of hosting Chinese Premier, India should now go for kill by adopting preemptive approach to spoil nefarious designs of Chinese agents working in India and systematically expose the evil designs in the International forums. And in the demise of China as global soft power will position India as global rising power to check the dragon evil designs.