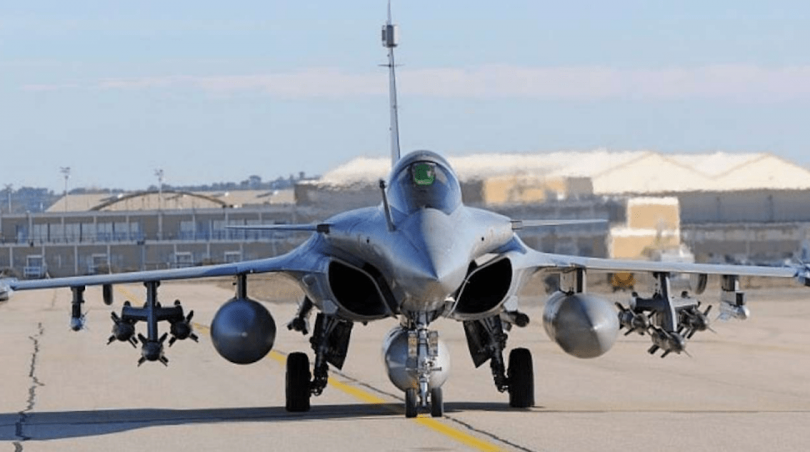 The supremacy in skies has been the critical factor in determining the outcome of modern war. A well aided fleet of fighter aircraft can conduct air operations decimating the enemy in battle field and in the words of Field Marshal Bernard L. Montgomery, “If we lose the war in the air, we lose the war and we lose it quickly.”.

Sensing urgency to maintain the air supremacy the Indian Government has undertaken modernization program of Indian Air Force after its fleet was down to all time low of 30 fighter squadrons against the assessed requirement of 42 squadrons. A fighter squadrons consist of 18 aircrafts and MIG-21 squadrons continue to be operational despite being dubbed as flying coffins. With over 180 IAF pilots have been killed in MIG-21 accidents the urgency of replacing the ageing fleet necessitated the introduction of development of India’s own supersonic fighter Tejas Programme.

With the MIG21 & MIG 27 squadrons to be phased out in the next five years the Indian Government has decided to induct fourth generation 83 LCA Tejas Mark 1A aircraft at the cost of ₹ 50,000 crore which has improved serviceability, faster weapon loading time, enhanced survivability, better electronic warfare suit and AESA radar significantly enhancing its capability. The decision will be major boost for domestic aerospace & indigenous defense industry and strengthen the movement to create an Aatmanirbhar Bharat.

The Indian Air force continues to receive Rafale fighter jets from France and the deal was signed in 2016 to induct 2 fighter squadrons for the cost of ₹ 59,000 crore. Along with this the Indian Government has floated tender for acquiring 114 combat aircraft expected to cost over ₹1.3 lakh crore. And the fighter aircraft’s are required to be made in India under the Aatmanirbhar Bharat with transfer of technology to the Indian partner. American Defense company Lockheed Martin has exclusively offered its F-21, F-18 Super Hornet, F-15 Strike Eagle military aircraft to India. French avionics major Dassault Aviation has also evinced interest to manufacture the 4.5 generation military Rafale fighter aircraft in India.

And this will enable India to have 37 squadrons of fighter jets by 2025 to for a possible two-front war scenario with China / Pakistan.

And with futuristic vision the Indian Government has decided to develop, build & induct AMCA 5th-generation fighter jet program which will involve the DRDO (Defence Research & Development Organization), the HAL (Hindustan Aeronautics Limited), and a private company. The fighter aircraft is likely to be developed in HAL facility in Bangalore, Nashik and the stealth fighter aircraft will be inducted in 2029 to replace Tejas, Sukhoi-30 MKI,Rafael, MIG-29. The multi role fifth generation fighter aircraft will have very low observable stealth, advanced sensors, information fusion and network connectivity with high maneuverability and pave way for development of sixth generation prototype aircraft through future collaboration with countries in the free democratic world.

DRDO’s Ghatak Stealth Unmanned Combat Drone Programme is deep penetration strike bomber for the Indian Armed Forces is likely to be inducted in the coming decade and will significantly boost the air power of the Indian Air Force.