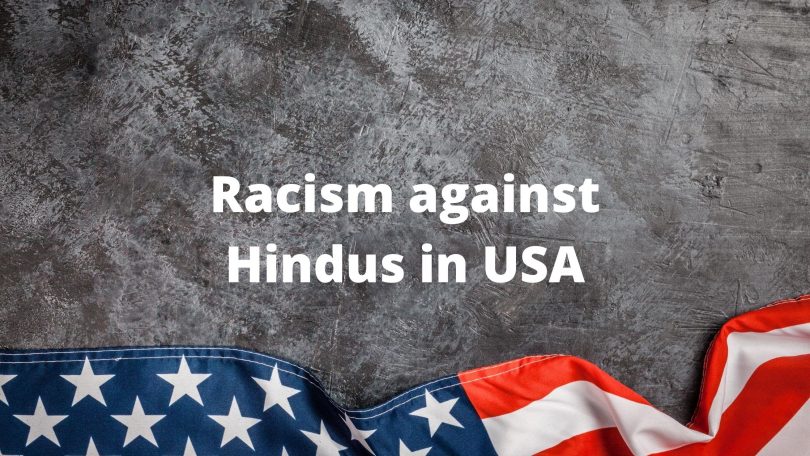 There is no credibility for the Caste report submitted by Equality labs and their big intention is to spread misinformation that all privileges were reserved for “Upper” castes. Recent Bhumi Pujan for lord Ram Celebration at Ayodhya, Dalit family were served first as a token of respect. Also Dalit leaders from their Temple were very happy to bring soil for Bhoomi Pujan in Ayodhya on August 5.

India has greater respect for all Minorities in India. Infact India has such a big heart to protect minority from other country.Equalitylab.org  is an Indiaphobic and Hinduphobic organisation to gain Political power in USA, They want to divide India in order to gain their political stand.

we resident of USA are concerned that the Equality Lab report on Caste is based on baseless unauthentic facts for this generation where we live and treat each other with respect specially in USA and EL report contains biased reporting. It uses an unscientific non realistic survey to embellish its false claims of Caste issues in USA and is trying to portray a one off case of alleged discrimination as a widespread occurrence in India and the USA.

Equality labs is an Indiaphobic and Hinduphobic organisation to gain Political power in USA, as the Caste report creator Ms Thenmozhi Soundararajan  has ZERO knowledge on Vedas and ZERO knowledge on Dalits involvement in BJP Bhartiya Janta Party, This caste report has word like “Comprehensive” which has no credibility as this report is not comprehensive in nature.

Valmiki wrote the Indian Ramayana: Valmiki was a lower caste Hindu, but he is revered as a Rishi or sage. Vyasa who wrote the other epic of Mahabharata was a fisherwoman’s son also of a lower caste. A third detailed example of Satyakam, provided below, should clearly seal the fate of the concept of Jati and Varna being fluid, interconnected and an hierarchy allowing for progression and upwards migration.

Indian American minority community in USA – are hardworking, law abiding, Technologist innovative contributor to the Silicon Valley, in entrepreneurship and wealth generation as well as academic scholar and in Data scientific fields.

In post-modern and urban India, caste has become a non-issue. India runs the world’s largest affirmative action program to uplift its backward classes.

There is no Caste, under the US Jurisdiction, where none such provision exists.

This report is a clear attempt to divide the community by generating fault lines. As a strong American Hindu community, we condemn the Equality Labs report as a fallacious report with malicious intent.

Firstly, the Equality Labs reports starts with highly racial tones of classifying South Asians as Brown, Hindu and divided by religion and country.  US working on meritocratic grounds, contributing to society and self-development. This highly divisive and fallacious argument on narrow boundaries and identities of caste, color and country of origin have no place in a global melting.

There is enough Proof that  Bhartiya Janata Party is composed of all minorities is another proof that #minorityinIndia are treated respectfully.

However #minorityinPakistan are mostly Christian and Hindu and are mistreated example they are only given Sewer cleaning jobs. In Pakistan, ONLY Christians can apply for sweeper jobs, due to caste system. But in India do not have such concept.

In PAKISTAN, Christian and Hindu are treated as untouchables are chammar, chura and bhangi, or janitor. These people have separate plates and cups in all employee cafeterias. They are mainly Christian, although some are Hindus

Another example abduction and conversion in the Islamic Republic of Pakistan, a 24 year old Hindu girl named Bharti Bai was kidnapped in the country’s Sindh province by assailants under the supervision of local police authorities from her wedding venue in Hala, a city located in Matiari district of PAKISTAN, because she belongs to HINDU CASTE

Caste and  religious minority in Pakistan has been a constant target of the state and its death squads. The number of Hindus in Pakistan is steadily declining. This is because of forced conversion of Hindus into Islam. Several times this issue of forced conversion also gets reported in the media. Similarly, targeting Christians has become a common act. They are not allowed to drink water from Muslim wells and springs. Even lawyers are reluctant to fight their cases in court. Asia Bibi, a Christian woman, was jailed for eight years in the name of blasphemy. After being acquitted, she left Pakistan and is living as a refugee in Canada. Her only crime was to get water from a common well of the Muslims.

Equality Labs is working with  Islamic organizations representing Bangladesh and Pakistan and there is no equality for Hindus. These are countries on the United Nations list for horrendous human rights violations against their minority Hindu, Buddhist, Sikh, Christian populations!

Equalitylab caste  report is baseless and spreading misinformation that all privileges were reserved for “Upper” castes which is not correct information.

I request that this case be dismissed or be crafted as a generic case of discrimination, if at all. I also request to please stop setting a precedence of mis- representing the South Asian identity with eyes of some foolish report writers who know nothing about survey, nothing about Hinduism, and definitely nothing at all about Varna and Jati.

There is mis- representatation of the South Asian identity with the eyes of some foolish report writers who know nothing about survey, nothing about Hinduism, and definitely nothing at all about Varna and Jati.