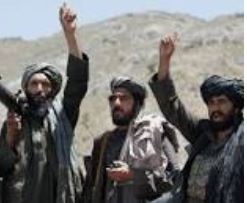 The story of Taliban terror, brutality and barbarism is not new. Since the early years of its existence, it has had a history of killing innocents, oppression of women, destruction of historical cultural symbols, inhuman and degrading treatment of non-Muslims. Enough writing has been done on the dark exploits and atrocities of the Taliban. Their socio-political reasons have been thoroughly investigated. This has been largely blamed on the violence and terror in Afghanistan over the past five decades. The national and international patronage and support received by the Taliban has also been highlighted, but the matter on which the scholarly world and the world society is completely silent is the deep connection with Islam by forces like the Taliban. The seeds of violence, bigotry and hatred towards non-Muslims are inherent in Islamic thought. Establishing the law of Sharia or the state of Islam by combining Quran, Hadith and Seera is the dream of Taliban or any Islamic authority organization.

14 percent of Quran, 70 percent of Hadith and 16 percent of Seera constitute the Sharia law. The Seera and Hadith together compose Sunna specifically the biography of Prophet Muhammad, his struggles, his theories etc. When it comes to Taliban or any jihadist organization, then it meets a superficial, simplified assessment and analysis by being described as a group of some blind fanatics. It veils the fact that violence, bigotry, separate identity, forced conversion, the tendency of expansion and domination, continuous effort from Darul Harab to Darul Islam, various types of jihads, many deceits for religion- entanglements etc. kafirs are present in seed form at the core of Islamic doctrine or beliefs based on Kufra. Not even a smidgen space for non-Muslims is there in their brotherhood. Not only do they have a natural aversion to non-Muslims, but they are always fighting for a more genuine, stauncher Muslim and the biggest proponent of Islamic symbol identity, the advocate-promoter.

They have been constantly fighting among themselves since the 7th century about who among them is the truer warrior or Mujahid of Islam. And the same is true of his followers or admirers as well. More than 72 Farkees and the constant bloody conflicts between them testify to this. Apart from one creed, one scripture, one symbol, one prophet, there is no other accepted in them. They never believe that there can be any other form of truth and God other than their belief. This is the root cause of the conflict. It is not a subject of research but a valid subject that in the name of religion, Muslims have shed maximum blood of Muslims. Due to religious blindness and bigotry, they do not hesitate to slit their throats, shed blood then what will be the cost of others’ lives for them?

It is noteworthy that even though they have been fighting among themselves for Islam, the slogan “Islam is in danger” always attracts and organizes their followers. They quickly agitate about it. We have Iraq, Iran, Kazakhstan, Afghanistan, Pakistan, Bangladesh, Syria to Mustafa Kamal Pasha’s secular Turkey, see the same story being repeated and despite all this, if we are not able to tell the truth, then it will be called cunning, cowardice or ostrich mentality.
The Taliban has been active for more than three decades to enforce the state of Islam and the law of Sharia in Afghanistan. Powerful countries like Russia and America fled from there. The Afghan people themselves almost surrendered to him. Some ran away leaving their families. Because they know that jihadi fanaticism has been shed like blood in the veins of those Taliban fighters. To those mujahideen, it is acceptable to live in appalling poverty and hunger, but not to get out of religious obsession and passion.

It is worrisome that the origin of the Taliban is Deoband in India. Not only did Mullah Omar, the founder of the Taliban, receive his full education in Deoband school of thought and teachings, but also the Darul Uloom in Deoband, Uttar Pradesh, in 1866 by Mohammad Qasim and Rashid Ahmed Gangohi a madrassa named after was established, its purpose was to restore the rule and state of Islam in India and keep in mind that almost 100% of the madrassas of Afghanistan follow the Deobandi ideology. Most of the Taliban fighters are students of these Deobandi madrasas. We must not forget that “Ghazwa-e-Hind” is an old dream of Islam. Therefore, it becomes the responsibility of all the citizens of India to be alert and wary of the rise of the Taliban. The liberal and secular Muslims of India should come forward and strongly reject the Taliban-backed Islam and present a humane and epoch-making image, interpretation and definition of Islam.

If we want a liberal, progressive, logical, tolerant and scientific world and social environment, then we have to vehemently oppose the hatred and bigotry at the core of any sect, theories will have to intensify the demand for reform and change. As the worldwide discussion and movement continue to be waged on separate identities and different identities in the Islamic world, will it not be appropriate to conduct reformist discussions and campaigns for the salvation of the world humanity which is suffering from violence, discord, terror? The Muslim community should also take this initiative because they have paid the highest price for this violence, bigotry, conflict and terror.