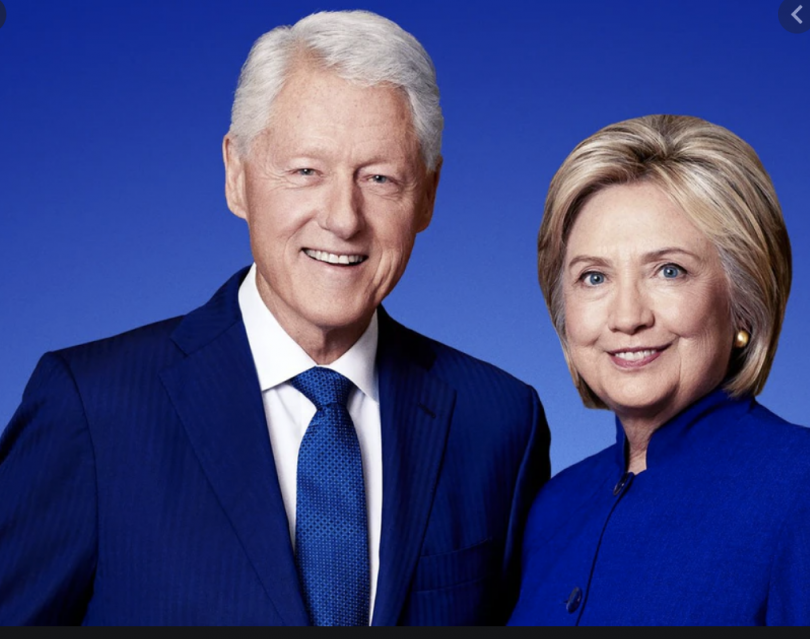 The decade 1990 till 2000 was one of the hardest for India in many ways including from home turf due to economic turmoil and India was under high pressure to rejuvenate economy , investments, jobs and as well deal with the United States. President Clinton since assuming office in 1992 has implemented various policy decisions and rather separatist measures to satisfy the secessionists in India. Bill Clinton on Dec 27th 1993 wrote a letter to U.S. Rep. Gary A. Condit (D-Ceres) that, “chronic tensions between the Indian government and Sikh militants” and the need to safeguard “Sikh rights” in Punjab State, where Sikhs make up 60% of the population. This had angered Indian Government and as well the people in Punjab. Although Punjab is peaceful today, the then Clinton administration’s continuous attempts endorsing Khalistani groups and as well comments on Kashmir had drawn a huge backlash from India. (In 1971, some Punjabi separatists on the behest of Pakistan demanded for a separate Republic for Punjabi called Khalistan). Not limited to this, but Vice President Al Gore in 1997 in his letter to Khalistan National council which is an extremist group labelled by India referred Punjab state as Khalistan. This proves the fact that Democratic party has chosen every opportunity and throw a challenge on India’s territorial integrity by engaging with Khalistan groups. In fact, Sikhs for Justice went ahead with Referendum 2020 and the people engaged with Khalistan groups are Democratic party supporters.

Coming to Kashmir, Clinton’s close aide and Assistant Secretary of State Robin Raphael openly stated that India’s Kashmir is a disputed land. In her statement, she mentioned that the US does not recognize Kashmir to be part of India. India’s relations with Clinton’s administration ran into a doldrums. It’s not limited to Robin Raphael but Madeleine Albright who served as Secretary of State wanted a Plebiscite in Kashmir which clearly suggests how Clinton’s administration has poked against India’s affairs. Everyone knew that Kashmir had witnessed a dangerous Genocide on Hindus which resulted in killing Hundreds and thousands of Kashmir Hindus and roughly Half a million Kashmiri Hindu Pandits had to mass exodus to other parts of India. As part of Robin Raphael’s advocacy on Pakistan and overriding Pressler’s amendment, the Clinton Administration in an effort to strengthen ties with Pakistan allowed the sale of 38 F-16 jets and lifted sanctions on Pakistan. The irony was, she mentioned this deal while at a news conference in New Delhi. The same Robin Raphel has cleared all the charges against her by the FBI and is now ready to take up the job of Secretary of State when Biden is elected as President. However, the irony is, Biden on July 26th 2020 made a statement that his administration will rake up the issue of Kashmir. Apparently, Pakistan awarded him second highest civilian award to Biden in 2008. On another instance, Sen. Kamala Harris in 2019 mentioned during a press conference that “Kashmiris are not alone in the world” makes a clear indication of her inclination towards Pakistan.

During 1990’s Clinton administration threatened India in many aspects of trade especially targeting Textile industry and claimed the skirts manufactured in India were inflammable.Not limiting to this, on April 3rd 1993, the United States threatened trade sanctions against Brazil, Japan, India etc and Clinton wanted to sign the agreement as per Uruguay General Agreements on Tariffs and Trade (GATT). While Clinton heaped the praises on the global economies and at the same time, he threatened sanctions if not signed. However, India defied to sign GATT and President W Bush Let India off the hook. Throughout the decade, the terms WTO , Patents GATT , Super 301 were frequently used in India and tried to weaken India’s economic state. Thanks to Indian Prime Ministers PV Narasimha Rao and AB Vajpayee , the decade overcame the sanctions and threats. In fact, Joe Biden in a key Senate Foreign relations panel voted against India buying Cryogenic Engines from Russia in 1992.

As part of Civil Nuclear deal initiated by George W. Bush Mrs. Clinton voted against the deal in the Senate as it hurts the interests of Pakistan. Within weeks of Hillary Clinton assuming office, Teesta Setalvad, an activist involved in framing Narendra Modi using false charges, was paid a handsome donation by Vikram Chatwal, whose father Sant Chatwal was at one time a trustee of the Clinton Foundation. From the infamous Wikileaks, Sant Chatwal has a role in Cash for Votes in which cash was paid to buy votes during the No Confidence motion in Lok Sabha. From the leaked email from Wikileaks, the US government intended to fund Teesta Setalvad’s NGO and use her claims in the so-called human rights reports that could be used against India and Hindus.

India’s biggest and positive aspect is its Human resources, there are thousands of Indian tech workers in the United States working on H1 B visas. The broken immigration system in the United states has left thousands to feel very insecure due to losing legal status. During Obama’s Presidency, United States Citizenship and Immigration Services have enacted a rule to provide a job offer letter to apply for a visa. Normally, Employers provide such letters only when there is an active visa. Although, the intent is understandable to contain fraud in H1 B visas. However the underlying aspect when thousands of immigrant workers wanted to renew the I 797 every three years made thousands felt increasingly apprehensive and had to go through a fathom. These workers couldn’t live the life they deserved due to an unstable life . The families couldn’t dare to buy a car, furniture, home etc a life they deserved to enjoy despite the work life. Although Indian Government through various channels have brought to notice about the plight of Indian workers, the Obama administration left blind eyed on this matter.

Finally, During the past one year, the progressive Democrats in the United States Congress constantly poked around India’s internal matters related to religious , Kashmir, and Citizenship law on every occasion. House Rep. Pramila Jayapal introduced a resolution HR 745 in the House regarding Kashmir asking India on Human rights. While she belongs to Indian origin and knowingly Kashmir is a border state with heavy cross border terrorist activity, she threatened India by introducing a resolution that is deplorable. Not just that but Bernie Sanders in September 2019 made despicable comments against India on Kashmir ignoring the fact that India is a sovereign republic and world’s biggest democracy. Not limited to this, but the lies peddled in the aftermath of India’s Citizenship law was completely unacceptable. The lies that were churned out that 200 million Muslims lose their Citizenship when India’s Citizenship Amendment Act is implemented. Despite the fact that India’s Prime Minister clarified the masses apart from Muslim religious leaders, the lies went with detention camps were established during the period of 2014 till 2019. These progressives peddled a narrative based on the opinion articles and editorials based on Left media in the United States and never cared to listen to the Indian Government dossiers.

Although, this 2020 elections are related to the United States but it is equally important to consider the interests of India just like Pakistani communities prefer Pakistan interests, Jewish community consider Israeli interests, Chinese looking for China interests. It is highly important to look into India’s interests and a quote from President Obama who said “ it is important not to forget the roots from where you came from” aptly suits every vote.

Note: This Article was earlier published on US-Impact