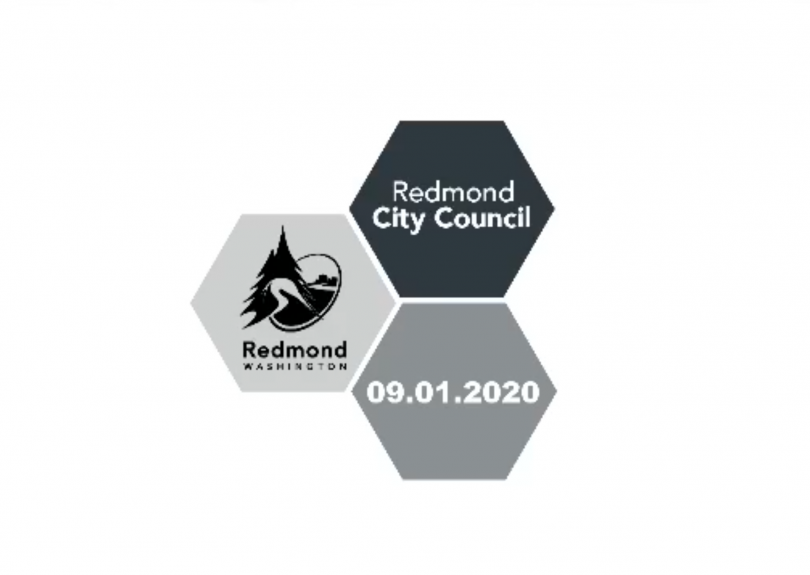 On Sept 1st, 2020 the Redmond City Council voted against hate of any kind in the city through Resolution 1534. The original resolution was amended to condemn hate of all forms without naming any individuals or organizations.

One interesting aspect was the resolution was voted in two variants. Option A to condemn hate of any kind in the City and Option B to specifically name the Alliance for Persecuted Peoples Worldwide ( APPWW )as an example of a hate group promoting anti-Muslim hatred. The final vote was 4-2 in favor of Option A.

Seattle area has become the breeding ground for far leftist and AntiFa movements in recent times. By connecting the dots between all the openly anti-Hindu and Anti India activities the conspiracy to malign entire Hindu community and the Hindu religion becomes very evident.

Redmond City Council started deliberating on a proposed resolution against the six-month-old organization APPWW whose mission is to provide a platform for those who are persecuted for any reason – religion, skin color, race, gender, sexual orientation and others.  The resolution also demanded an apology from the Redmond City Council President for attending one of APPWW’s town halls, Bridging Racial Divide – How Communities Can Come Together. The panelists included Civil Rights and community leaders from a broad section of communities – Blacks, Latinos, Asian & Pacific Islanders, Indian American as well as law enforcement.  Their goal was to provide a platform for everyone to learn more about the inequalities and to address ways for Indian Americans to help close these gaps. It was one of the most forward looking and uplifting events given the chaos and discontent in recent times.

This resolution was introduced by a Pakistani American council member who seems to have been influenced by the nearly one hundred thirty nationwide organizations and Facebook groups who had signed on to a propaganda website to condemn APPWW.

The same Redmond City council member also lead a campaign against India’s Laws related to Kashmir and Citizenship Amendment Act (CAA), along with the same organizations which now supported her to condemn APPWW. It is not rocket science to understand her intent and views regarding her hatred and bigotry. With no knowledge and understanding of India’s internal matters or its history this council member made hateful statements against India and Hindus which were conveniently ignored by some of the council members l. Her hateful statements backed by vilification of Hindus in the community and of India have caused a great divide in the Redmond and surrounding communities.

Any person with even cursory knowledge of world history knows about the bloody partition of undivided India into India and Pakistan. Both countries have fought three conventional wars. Her frequent attempts to somehow connect India’s internal laws that she disagrees with to Muslims in America make her motives questionable.

APPWW had curated two virtual town hall events – one about the Kashmiri Hindu and another on Baluchistan’s human rights issues. Both town halls were within the scope of APPWW’s mission to learn and share about these persecuted and oppressed people of Kashmir and Baluchistan Clearly, these two events along with possibly pressure mounted from the Pakistani community likely prompted this resolution on APPWW as promoting hatred against Muslims

She used the word ‘Hindutva’ multiple times in a derogatory manner likening it to Hitler’s Nazi. She made emphasis about Hindutva being nothing but Hindu supremacists with a political agenda. She neither believes in Hindu religion nor practices it, but she came to the above conclusion linking Hindutva to Hitler’s Nazi.

She also used the term “Dalit Americans” thus separating Dalits from Hindus, as if they are not Indians. Surely, Dalits were wrongfully suppressed at times by some who abused the system, but it cannot be pinned on to the Hindu religion.  The current Indian Government is taking many measures to correct these wrongs and provide equal opportunities to everyone. Dalits, under Indian constitution Article 15, are guaranteed highest preference in education, jobs and politics.  Discriminating against Dalits in any form is an offense. I fondly remember a couple of my friends from my school who were Dalits but proud Hindus. Their association with Hindu religion was so deep that they never felt dejected.

By comparing Hindutva to Nazis and Fascists, she has stoked differences within the diverse communities. Her negative attributions to Hindu religion, Hindus and Hindutva are deplorable and condemnable.

Indian Americans and Indian diaspora are feeling increasingly alienated. Her Hindu phobic statements in the resolution clearly show her abuse of the power of her office to play along with vested interests to further her political and personal agendas.

There are thousands of Hindus in Redmond and surrounding cities who have been deeply disturbed by this vicious smear campaign against Hindus by a Redmond City Council Member. Clearly, her intent is to rake up hatred for Hindus by using this six-month-old organization. wrongly characterizing and vilifying an organization at public forum is condemnable and shows her intentional abuse of power.