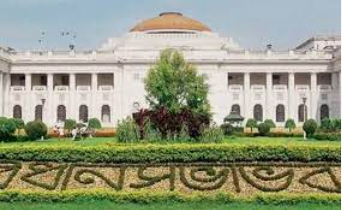 (This is with reference to an opinion guest essay, ‘I Know What It Takes to Defeat Narendra Modi’, May 5, 2021)

Kudos to Modi and Voters of West Bengal. If BJP Voters are being brutally punished for that by the State Administration, or call it Mamata Didi’s Sarkar, they are brave. They are the torch bearers of the future. Hindus have been subjected to massacres, many times in the past also in that country. But brave Hindus never surrendered or converted like some cowards and opportunists among them.

‘Khela Hobe’ of Mamata Banerjee has been seen by people of the State, Country, and the World. Thanks to the digital world. Make no mistake, ‘Ek Dhakka Aur’ and Mamata ‘us-shore’.

West Bengal has been the bastion of Congress and Left.

Congress (INC) had an uncontested claim (or design) to begin with to rule India because they led freedom movement. Albeit, BS.

When you are fighting a foreign power, crooked like British, there has to be a single national movement. Azad Hind Fauz of Subhash Chandra, and sacrifices of Bhagat Sing, Raj Guru, Sukhdev, Chandra Shekhar Azad, Akbar Allahabadi,  and millions others were very much part of the same freedom movement.

How Left snatched Power from Congress?

There comes the role of rising communism of the time, led by Russia and China.

The physical (border and that too pores) proximity of West Bengal to China and Russia played a big role, as at that time, world was physical and not digital as we have today.

Russia and China can’t influence by proximity any more. But digitally they would try and do up to USA, their Challenger #1.

In the meantime, USA had emerged as an alternative land of opportunity and power center in direct contrast to communism. USA printed on their every Dollar bill, In God We Trust, to challenge Godless Communists.

India had been then under the rule of Congress who have been wheeler dealer from day one. They never declared Independence of India, like USA did from British. They negotiated it. Under Congress, India chose to be a ‘Mixed Economy’,  a   bit of Capitalism and a bit of Communism, but more towards Communism. Under Congress in 1976, the Constitution of India was suruptiously amended to add socialist (and secular).

Interestingly, in those years, USA chose China as its sweat shop to challenge Russia. But alas, it failed. Today Greater China has more billionaires than USA. Why didn’t USA choose India over China? O’ they were more loyal than the King- Socialist by an amended Constitution.

Why so much about India, USA, China, and Russia while talking about West Bengal. Because, as I said above, even at the cost of repetition, context is important. We have always lived in an interconnected world. Of course, digitalization has deep it.

And it is in this context, that BJP has made solid in roads into the West Bengal.

Petty politics of Congress and Trinamool Congress (another version of congress) playing Muslim vote will end soon. Educated Muslims in that country have already realized how they have been short- changed by Congress and others like Mamata and Socialists like Mulayam. They see BJP secular in action, not in words alone as Congress or Communists or Socialists over years.