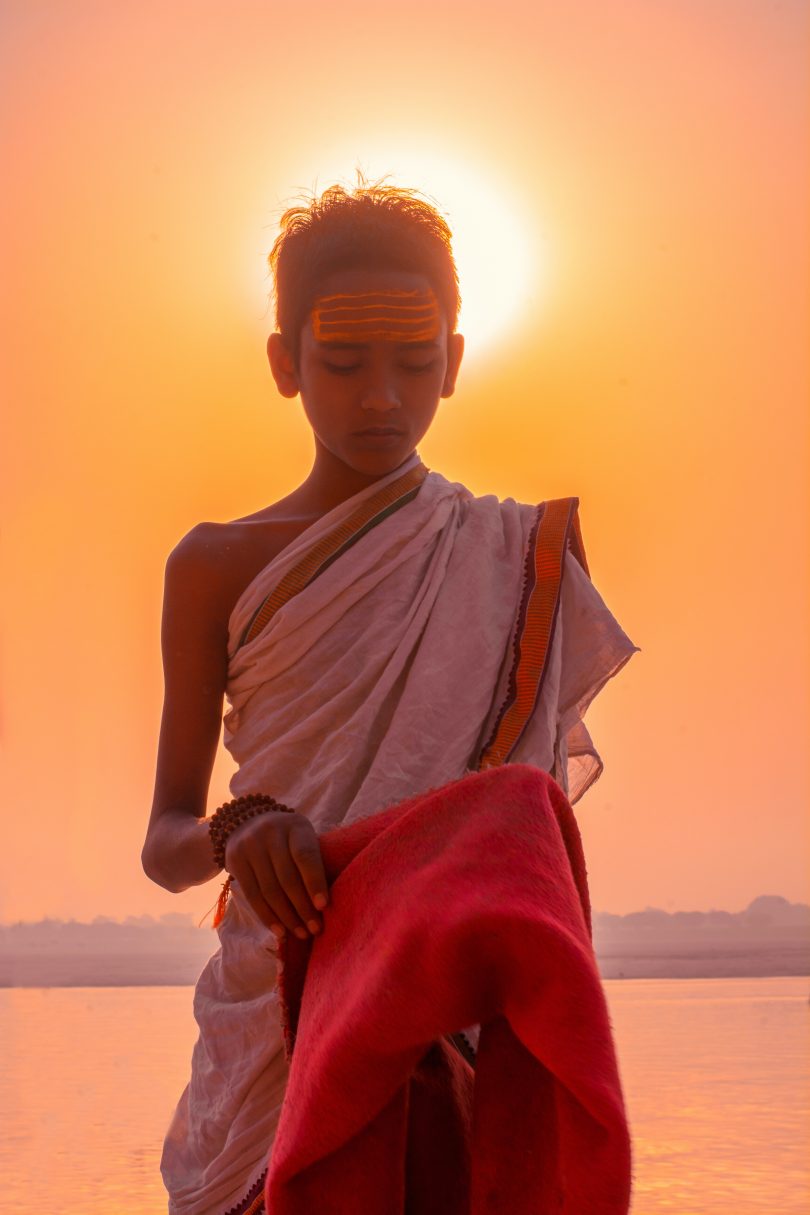 WHY? Let me elaborate.

The number of zeroes will shock you, an early warning. However, I will deliberately bombard you with some zeroes. Bear with me for just the top paragraph. I assure you, not many zeroes appear later on (smile!). 10,000,000 Hindu Bengalis displaced, 200,000-400,000 Bengali women/girls raped mercilessly, 2-3,000,000 killed in East Pakistan (now Bangladesh) in 1971 Bangladesh Liberation Movement. March 2021 marks the 50 years of this brutal violence on Hindus by West Pakistan’s army (Now Pakistan), during a 10-month campaign of genocide at the time of the division of Pakistan and Bangladesh. 5,000 Hindus were killed, 400,000 Hindus were forced to convert to Islam and 50,000-75,000 became refugees, and 50,000 isolated in the 1946 Noakhali Bengali Hindu Genocide. Ruthless British heavyweight Winston Churchill killed 6-7,000,000 Indians in the 1943 Bengal famine. 1990’s Kashmiri Hindu Genocide, ethnic cleansing, and the exodus of 600,000 -700,000 Hindus left Hindus homeless in their own land. The world knows about the barbaric holocaust of 6,000,000 Jews by Hitler’s Nazi Germany during World War II, over 4 years between 1941 and 1945. Many such atrocities on Hindus got buried. SHOCKED? YET, Hindus tolerate. How many (especially Hindus) know about the Hindu Genocide? Sadly, the answer is – NOT MANY.

Naturally, the next question comes, why is that? How is that even possible? It is possible, and I will outline 5 reasons below why and how these incidents were strategically erased. Nothing is a coincidence nor abrupt nor accidental. A dark strategic intention is behind all of it. This write-up is not focused on particular incidents (I will elaborate on them gradually at later stages).

Key message: Hindus are not safe in their own land of India for 1000s of years.

When Hindus were killed in Afghanistan, Pakistan, Bangladesh, they took shelter in India. Some moved to foreign countries. Currently, a systemic campaign of attack has been launched by the globalists, Islamists, and communists against global Hindus. Frequently Hindus are killed, raped, converted (in some part of the geography). Although liberal-leftist media’s silence is disturbing, it certainly is NOT shocking. Nightmare, pain, torture, vilification, intimidation, sufferings, and terror continue for Hindus. Stunning distortion, massive bias and constant falsification of truth, and deliberate misinformation advanced to the current age. Ironically, you will seldom see anything positive about Hindus.

Where MUST Hindus go NEXT, if Hindus are unable to live in their own land? How long Hindus MUST be killed and shamed as worthless-insignificant creatures?

Spirituality, in the land of seekers, was always the prime focus in ancient Indus Valley Civilization by Sindhu river. Our ancestors, Hindus, were brilliant, intelligent, and educated; furthermore had vast inner knowledge of our existence. Spiritually Hindus are the toughest, built with a tremendous capacity of tolerance and the highest capabilities of acceptance. Hindus can bend and “get up” regardless of what is thrown at them.

1000s of years of foreign invasion and epic loot of Sone Ki Chidiya (Golden Bird: from wealth to wisdom, from arts-agriculture-astrology to architecture, from spirituality-science to social construct, from Kohinoor to karma, from mathematics-medicine to music, from button to board games, from consciousness to creativity) took a mighty toll; and severely crushed and drowned Hindus and India into the abyss of poverty.

It changed the culture forever. Additionally, post-Gandhi-era Hindus were largely handicapped by the “NONVIOLENT” term. Hindus never attacked any country, nor forcibly converted people, nor proselytized, nor unnecessarily hurt anyone. Violence was/is never a daily/weakly lesson for the Hindus, unlike other communities. Hindu temples do not teach Hindus to differentiate non-Hindus nor they advocate to commit heinous activities. Even speaking about the horrid incidents is colossally painful for the Hindus. Hence, Hindus do not usually speak about any atrocities that occurred on them and, sadly did not educate their next generation – this was the titanic failure of Hindus. It was/is one of those peaceful (unspoken) principles of “Forget it and move on”. And…They said nothing. And, generations were kept out of the crucial knowledge. Did spirituality weaken Hindus for the present time? The answer is NO. Problem is, somewhere along the line balance of spirituality and tolerance vs the physical reality of being a pushover was lost, unfortunately. We certainly cannot elevate beyond survival, when we are attacked and killed like ants, with no respect and dignity. Can we?

Coincidentally (not really), since the formation of ‘India’ with a new “border” drawn in 1947, under the socialist-communist and Islamist-pacifier political party, political elites elevated 5 Muslim education ministers, out of the first 9 education ministers. Out of the first 30 years of new Hindu India land, Muslims were placed as Education ministers for ~20 years. This happened on the land of Hindus, (and on the HINDUS) when the Muslims declared they could NOT live with Hindus, and DEMANDED AND DIVIDED our Hindu land, forcibly. And Hindus tolerated it (got killed on a grand scale in violent riots). And during those formative years of India, substantial efforts were placed (in all planes) to control the narrative to ensure, Hindu history is buried and the truth is hidden. Tactics such as eliminating history, hiding-lying-twisting facts, glorifying invaders, vilifying Hindus were exercised extensively to retain heavy control over the education system to keep Hindus in dark forever.

I must say though, they did a fabulous job creating textbook(s) curriculum, media narratives, political messages which carefully crafted information to keep Hindus and India disconnected from their true history and roots by imposing distorted history and erasing memories. BUT, the world MUST know the truth and Hindu history MUST be unearthed, even if it takes another 1000 years.

This perhaps played the heaviest role in shaping narratives and subverting Indian Hindu (Indic-Sanatana) culture. Can we truly move forward without addressing the wrongdoings of yesteryears and shoving them under the rug?

The concept of KARMA is extremely powerful. Karma is a boomerang – what goes around, comes around. It ALWAYS comes back in multi-fold and strikes hardest when one least expects. No one can escape from Karma. NO ONE (not even Hillary Clinton or Joe Biden will be spared…I am not joking). The cycle of Birth-Death-Rebirth of living entities continues until the soul reaches MOKSHA (simply speaking, liberation from material sufferings). All good and bad deeds will be rewarded and punished accordingly, in this life or next lives. This is a RADICALLY contrasting theory from the western Abrahamic theologies that propagate one-finite-life. Eastern Indian system is a “self-check” on our own actions. In essence, Indus-Indian culture focused on individual responsibilities and accountability.

One does NOT have to lift a finger, nor take revenge for others’ heinous acts – KARMA will take care of it eventually, at a ripe time. The ultimate justice by the universe and our creator (Bhagawan, in English “God”) is a universally accepted concept in Indian philosophy and practices. A remarkable approach of conscience and focus of ‘within’ kept unnecessary crimes at bay and cultivated an overall peaceful, harmonious, and prosperous society.

Perhaps, this is why Hindus were able to build quite the tolerant-patient-toughest clan, I must say, as they simply leave things to the universal law of karma, peacefully. But frankly, no one else will ever dare to tolerate 1000-years-of-misdeeds. Jews did not tolerate 75-year-old genocide. Did they? Jew Holocaust was well documented, fabulously communicated, elaborately displayed, and fantastically recorded. At this moment, when Abrahamic religions made a mockery of Hindus in the land of Hindus (while their books define Hindus as heathens, kaffurs, infidels, satanic, devils, and not worthy of life) shouldn’t this be the wakeup call for Hindus? How long Hindus MUST tolerate, quietly? How long Hindus MUST NOT defend their land, their culture, their faith, and their existence?

Widespread politics of the education system certainly had an irreversible negatives effect on Hindus and India’s capabilities. The monumental level of appeasement of the minority to keep the communal harmony was placed on Hindus’ shoulders. Like it was always the Hindus’ responsibility to stay mum when Hindus were constantly getting the short end of the stick. It has been an age-old LOPSIDED disastrous situation for Hindus, particularly a very long EXCRUTIATINGLY PAINFUL AND AGONIZING PERIOD.

On top of that, the natural tendencies, individuality, and dharmik (spiritual and righteousness) nature of Hindus created a society with no organization.

Sporadic, decentralized, non-violent Hindus did not take to the streets and nor fought for their rights (it was too disturbing for them). Hindus were exploited, still are, by various special interest groups who are NOT in favor of Hindus, Hindu history, Hindu heritage. So, why are Hindus dancing in the tune of fake secularism? Why such inclination of ‘bending over backward’ for those who clearly do not even consider Hindus are worthy of life? Is that what Hindu scriptures taught? Is that the true वसुधैव कुटुम्बकम् (Vasudhaiva Kutumbakam), meaning ‘the world is a family’ when Hindus are losing lives, families, sisters, daughters, lands, temples in their land?

For every 10 leftist anti-Hindu media outlets, there might be one 1 pro-Hindu outlet. That too, with no substantial outreach. Often ridiculed, attacked, shamed, intimidated, and threatened by the rest, these minuscule outlets have little to no impact. Cinema, writeups, music, arts, corporations, businesses (essentially, all industries) were gradually taken over by Islamists, atheists, and communist dictators’ agendas. Should this be tolerated any further? Is it even morally right to let bygones be bygones? Imagine, losing your home, family, and livelihood to invaders. This PRACTICALLY happened to Hindus.

Islamists have a tremendous influence on global politics. Today ~35% of countries are Islamic countries, the majority are Christian countries, some are Buddhist countries, in the world. Hindus and Buddhists are declining, Christians will remain the same, and Islam is the fastest-growing religion in the world. A great visual of world population by religion from 1800 to 2100 is created by Grain of Truth. A screenshot of the world population of 2100 is here. Islam is projected to surpass Christianity in 2070.

The Left cabal has mastered the art of altering history, twisting facts, and hiding truth. They will go to any extent (often to catastrophically unimaginable tragic point) to SNATCH power and control and to retain their throne, often at the expense of the poor. We have seen recently what the left is capable of doing, during U.S. Election 2020. Didn’t we? Conservatives in the United States of America are in the same situation that Jews were in during World War II. America is falling, RAPIDLY. Hindus in America are under attack too. We have witnessed, Islamists run nasty campaigns against U.S. Presidential candidate Tulsi Gabbard for being a Hindu.

The population of Jews is 15.7 million today. With just 0.2% world’s population, they honestly did an impressive job of fighting for their rights and defending their land. There are written articles, books, documentaries, and movies on the subject of the 6-Million-Jew-Holocaust. There are even museums. Today, they have a country, practically only democratic nation surrounded by all Arabic Islamic countries in the middle east, in a perilously challenging position.

Hindus are 15.16% of the world’s population. With 1.16B Hindus globally, (the largest in India, 1,053B), Hindus are unable to defend the land, the culture, the history, and the heritage. Who is to blame for the Hindus’ pathetic condition today? Politics? Invasion? Islam? British? Communism? Secularism? Appeasement? Hindus’ tendencies? Lack of courage? Lack of organization? Lack of skills?

Regardless of what/who is blamed, Hindus are in a terribly grave state. NO COUNTRY. NO DEFENCE. No ability to defend the land, culture, community, faith, history, and heritage. No one even knows what Hindus went through. NO ONE CARES. It is up to the Hindus to rise for one goal of defending Hindus and protecting the land of Hindus.