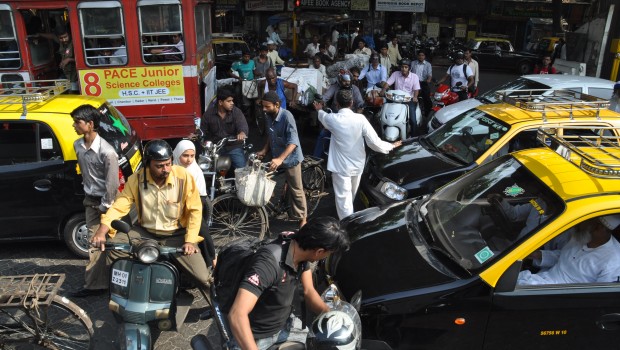 The former First lady of Maharashtra has repeatedly attacked the state government for detriorating law and order in the state. On February 25th, an SUV containing 20 gelatin sticks was found outside Mukesh Ambani residence Antilia in Mumbai. Later Mansukh Hiran who owned the Scorpio in which explosives were planted was found dead on March 5.

The alleged murder of Bollywood Actor Sushant Singh Raput and subsequent investigation revealed of the involvement of drug cartel by Narcotics Control Bureau and involvement of Bollywood came to light. BJP leader and Rajya Sabha MP Subramanian Swamy stated that the state police was complicit and is trying to cover up the case. Four actors 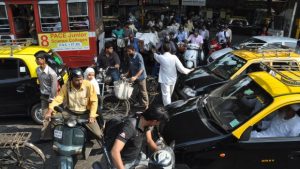 Deepika, Sara Ali Khan, Shraddha Kapoor and Rakul Preet Singh have been summoned by NCB which is probing the drug angle in Sushant Singh Rajput’s death and an alleged Bollywood drug nexus

Popular Bollywood actress Kangana Ranaut compared Mumbai to Pakistan Occupied Kashmir. She had endorsed the views of BJP leader Subramanian Swamy of involvement of active drug cartel and hinted of the group being responsible with the death of actor Sushant Singh Rajput. The Maharastra Vikas Agadi Government comprising of Shiv Sena, Congress, NCP responded by demolishing Bandra Office of Kangana Ranaut. And later the Bombay High Court ruled the demolition was on wrongful grounds and added that that Kangana Ranaut is entitled to compensation due to malafide action by the BMC.

And to protect the vested interest of drug cartel which is supposedly operating from Amritsar and well beyond borders linking to Dubai, the Thackrey Government acted in authoritarian way to arrest popular Republic TV Editor in Chief Arnab Goswami manhandling him and charging him with abetment of suicide. Arnab has echoed the similar views of BJP leader Subramanian Swamy & Kangana Ranaut that the law enforcement agencies are going lenient. The court granted him bail one week later.

All these events point out to the deteriorating law & order situation in the state with the law officers accused of being politicised, corrupt due to the city Mumbai attracting glamour, crime, money. The law enforcement officers serve the political interest of their masters in power and are known to carry on Extrajudicial killings. The Bombay High Court in the past have passed several strictures against the serving officers for violating the code of conduct.

The arrest of Sachin Vazeand the subsequent revelation that he is responsible for planting SUV at “Antilia” and confession of him trying to destroy number plates shows the system is rotten and need complete overhaul.

The developing situation does not augur well for the city of Mumbai which prided itself as India’s commercial & financial capital. The Financial centre boasted of having stock markets, central bank, main commercial banks, financial institutions, global hedge funds. And with the imploding civic infrastructure ridden with pothole roads, overflowing sewage lines, storm water drains, causing transport nightmare the city has become eyesore due to sprawling slums and lacking avenues for affordable housing. The Senas of Thackreys have also known to target North Indians from Bihar & Uttar Pradesh. The anti migrant stand has forced the Business community comprising of Sindhis, Gujarati & Marwari to shift their strategic commercial interest outside the state. In the late seventies businesses fled Bihar & Bengal. Will the global hedge & Private Equity players prefer to invest or expand further in the climate of lawlessness ? The state has failed to protect human rights of citizens and need of the hour is to improving the systems, strenghtening the institutions. And with Big Corporate Business houses are being subjected to extortion threats with bombs being planted near the residence by the law enforcing officers is cause of concern for the state.

And the shift has started with alternative hubs are being developed to provide world class infrastructure facilities to financial & IT companies for developing “GIFT City” in Ahmedabad Gujarat. And the place is being touted as new Financial & Technological Gateway of India for the world.

Similarly Uttar Pradesh Chief Minister Yogi Adityanath is projecting the state as alternative to Bollywood and Yogi Govt has decided to set up film city, spread over 1000 acres in Greater Noida with developing an International airport at nearby Jewar. The city of dreams “Mumbai” is losing its sheen for the mis governance, neglected civic infrastructure and deteriorating law & order. And with rising sea levels the worst for Mumbai is destined to come and will require paradigm shift in its vision and thought process to remain as preferred investment destination of the nation.