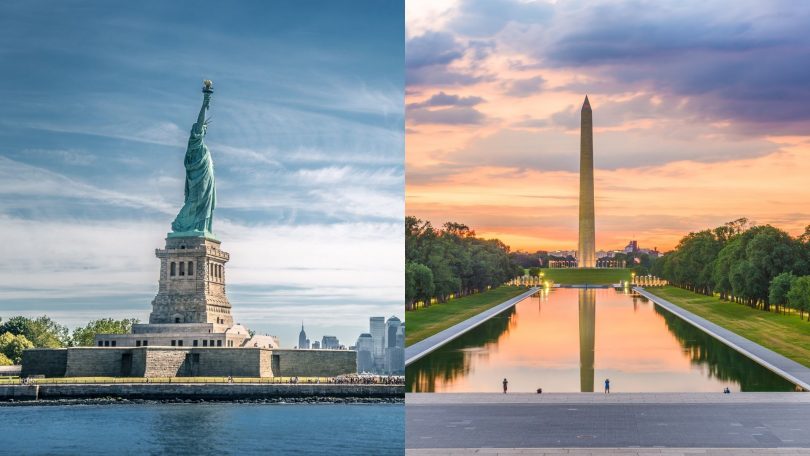 A couple of days back, I saw some people gloating over a letter sent to President Biden from rag-tag coalition of  Left paper organizations in USA asking Biden to keep out US citizens with close links with Rashtriya Swayamsevak Sangh (RSS) from his government. Later a news report talked about two people in previous administration with RSS links being kept out. Interestingly, most of these (some of these paper tigers may not have been born at that time) are the same people who had demanded  that the then Gujarat Chief Minister Narendra Modi should not be given Visa for a non-existent application of Visa from Mr. Modi. While imposing this neo-apartheid on ‘RSS linked’ people, they forget that Mr. Modi has already had wonderful relations with a Democrat Obama and a Republican Trump, and also that just as USA presidents have understood the importance of the new assertive and strong India, Biden too will understand in due time and will deal with the most famous RSS man, Mr. Modi.

While these Left advocates were stoking the violent fires in the name of “Black Lives Matter” peddling their ultra-Left agenda of dividing USA society and misdirecting violence against innocent citizens, the ‘alleged RSS linked’ Hindus in USA were serving the poor selflessly and the needy in Covid times, irrespective of caste and creed. Most of these Hindus may not even have any idea about RSS. I am posting some links for the benefit of Hindu haters.

These are Hindus of Indian origin running locally registered organizations within ambit of USA constitution, pledging their loyalty to US of A, working for all Americans in the field of social service, unlike Left and ultra-Left whose links to China have been exposed recently. Many of them work for Chinese interests while living off USA.

Unlike Communists and other Left, Indian probably inspired by RSS, have never advocated violence anywhere in the world. Hindus across the world, present in any country of society, have always assimilated themselves in the local society where they live. They may have affection for their motherland or land of origin, but their loyalty, their support for their adopted society is unquestioned, unlike Left whose loyalties are always suspect. I can share similar examples of local Hindus, allegedly with RSS links, serving their adopted societies in various countries – ranging from African countries, Asia Pacific etc. All of them are independent entities in their own countries, running organizations autonomously as per the laws of the land. Somehow, any good Hindu is assumed to be an RSS person, because Communists hate religion. It is a different matter that these Communists have aligned with Islamists in nearly all the democratic societies in.

The sundry left of USA who are inspired by their Indian communist friends need to be reminded that Indian communists have had extra-territorial loyalties since long. They waged war against the Indian state in 1947 inspired by Stalin when India gained independence and surrendered in 1951 after they were crushed in the then Andhra Pradesh.

They collaborated with the British in 1942 after British allied with USSR. They advocated breaking of India into 17 nations as per Adhikari document and their presentation to British Cabinet Mission. They were the first Indian political party to do election propaganda through foreign power via Tashkent Radio in 1951-52. They supported China in 1962 war. They are inspired by cold blooded mass murderers like Lenin, Stalin and Mao who killed nearly 100 million innocents to prove that Marx was right and that their Communism was better than the other Communist countries. They love even crazy Kim Jong of North Korea, who passes orders for executions at his whims, killing unknown numbers. They worship these worthies and display them shamelessly in their offices.

I wonder, why these Left advocates who hate capitalism and are out now to kill the very spirit of USA based on free enterprise, freedom of expression and professing one’s beliefs within the framework of glorious US constitution and wish to settle in USA.

Why do they not settle down in China or North Korea or Vietnam, the last outposts of a failed ideology? US of A society needs to see through this duplicity. The Left academics from India are parasites like their counterparts in India. They are in the American universities because their agenda is to misrepresent Indian traditions and cultures and show it in bad light to the western world. It is an insidious network, feeding of democracy but has no love for democracy by the very definition of their ideology.  For this they suck funds out of great American educational institutions.

This negativity for Hindus in the name of Indology and Indian studies in the west is more of a handiwork of these brown sepoys of the high priests/priestesses of Indology, nurtured by Church inspired institutions.

It is time to call out the bluff of these destructive elements whose major objective is to break up societies along their fault lines and their traditions. These elements gloated over siege of White House by BLM activists in June 2020, but decried pro-Trump supporters’ siege. Their friends, the Indian communists egged on farmers to create situation that would lead to violence and led to unseemly scenes on 26th Jan, the Republic Day of India. Would they condemn it or support it, since they love Khalistanis? This is the ugly face of Communists anywhere the world. Whether it is BLM in USA, or Islamists vs Christians in Europe. They dare not talk of fault lines within Islamic countries because they love their lives and response to such divisive elements and their poison is quick and decisive in these countries. They use institutions to sell their agenda, because anarchy suits the neo-Left and China fans. It is next best to Communism.

Political untouchability or apartheid against Hindus in the name of RSS is not going to hurt the people who are proud of their faith and traditions. They will keep succeeding anyways.

This apartheid didn’t work in India; it will not work in USA. The crux of neo-Left ideology is to deconstruct every society and destroy anything good in that in the name of hegemonies of various kinds and impose Left hegemony that wishes to bring in anarchy because their attempts to rule through democracy have failed. Keeping out the most successful and majority of influential members of Americans of Indian origin would be a loss for the American society and governance. Just as Biden will need India for America’s own good and deal with Mr Modi, the arch enemy for Left; American society needs these Indians who love synthesis, not division. Who are positive, not negative, who have enriched and served their adopted land well.

The mantra of the Hindu society is “World is one family” – the message that is key to the survival of this world. This philosophy has been underlined by the RSS trained Mr. Modi by sending out consignments of Covid Vaccine to various needy nations.