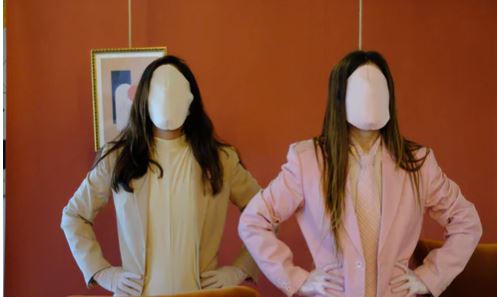 Many of us , in India, have been brought up on the Grandma’s Puranic stories. Those all began with, once upon a time there was a battle…. between Devas and Rakshasas. Devas represented good and Rakshasas, evil.

Devas, by etymology, mean who give, who help, who support.

Rakshasas, on the other hand, mean who snatch, who deny, who exploit, who kill, particularly weak and  commoners.

Lest it should be misinterpreted by vested interests, it must be noted that those killings of evil-doers were done to re-establish righteous society, not to build or establish personal empire. Bhagvan Parshuram donated all kingdoms won by him to Academia (Rishi Kashyap). Bhagvan Ram didn’t rule or merge Lanka into his empire. Krishna never ruled Mathura after killing Kansa.

Was this a battle in ancient time only, in Stone age, Iron Age, Agriculture age, Industrial age?

We are now in the information age, digital age, best ever imaginable age in the human history.

The world has totally changed from physical to digital. We have driver- less cars.

But we still have mind-less and character-less persons also.

Do we have Rakshasas in this age?

Do we have Devas in this age?

COVID-19 situation has amply shown that that battle of good and evil is not a thing of the past. It is of every age. And presently going on, which in due course of time will get added to ‘Once Upon a Time’ category.

Do you see hoarders, black marketers, scare mongers, even some retched health worker raping a patient?

What would you call them?

Do you also see self-less people providing food, medicine, transportation, medical support, and moral support to the patients and needy?

What would you call them?

Isn’t a battle between good and evil?

The history of humanity has shown that good prevails over evil, without exception.

Why will it not this time?

May not be because elimination of the evil is not included in modern day approach. Some hoarders, black marketers and scare mongers are in nexus with some politicians.

Many great noble souls of the world are against capital punishment. And they will come up with a million articulated arguments. Please read ‘Time to End the Myth That Death Penalty Reduces Crime, 2013 (www.amnesty.org)

According to Amnesty International (2019 Report) there are:

Kaartikay Agarwal (Conceptualizing a Kautilyan Criminal Justice System, 2020) wrote “Chanakya describes maintaining law and order as the essential duty of government. This can be done in 2 ways, maintaining the social order as well as preventing and penalizing criminal activities. There is a clear distinction between the administration of civil law and criminal law. Book 4 of his omnibus includes the issues of criminal law and is titled ‘removal of thorns’ or removal of anti-social elements.”

It is the power of punishment alone when exercised impartially in proportion to the guilt, and irrespective of whether the person punished is the King’s son or an enemy, that protects this world and the next” – Chanakya

Human history shows that times do come in the life of humanity when you have to provide capital punishment to eliminate the evil.

Unless the law is deterrent enough, it is music for the ears of the violators and breachers.

A common nice to say and hear is: It is not the time to blame; it is the time to help, to alleviate the problems of the patients and needy.

An illiterate farmer said, we need both simultaneously.

You can’t raise a good crop by just irrigating and manuring the fields; you have to remove weeds and destroy (burn) those.

Bhagvad Gita, that is the wisdom of humanity, says:

To re-establish a righteous society, you have to do two things simultaneously:

It is the time for governments of the world, to implement this time tested wisdom; otherwise history will hold them as part of the problem.