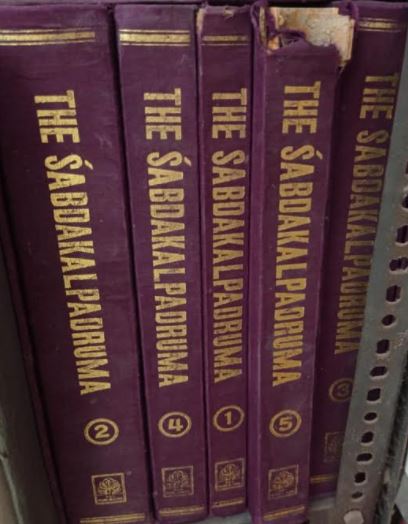 The very thought of Hinduism brings to mind diverse concepts like Parmatma (Primordial Being, Almighty, the origin of all), Atman (Soul), Bhagvan (Divine Personalities), Reincarnation (Re-birth), Varn- Ashram (Four Occupations and Four Phases of life classification), Moorti- puja (Idol Worship), etc. There have been a number of concepts of Hinduism that have been misinterpreted, misused and misrepresented. But a word that has been most misused and abused by many in the last 500 years is Shudra, one of the four Varnas, namely, Brahman (often incorrectly spelled as Brahmin), Kshatriya, Vaishya and Shudra.

Hindus (followers of Hinduism), as a group, have been appreciated around the globe for being peaceful, hardworking, educated, prosperous and contributing tax dollars people. Foreigners (Muslims and British) invaded India for looting riches that were created by Hindus.

There will be some who will jump on their feet, at this moment, to say that India belongs to all, Hindu, Muslim, Sikh, Christian, Jain, Bodh, Parsees and others. But they must not forget India is primarily a Hindu Nation, both, by Hindu majority and culture; as much as despite diverse population living in USA or UK, those are Christian Nations, or despite diverse population living in Saudi Arabia and United Arab Emirates, those are Muslim Nations.

Quoting out of context is the smartest way to twist and misrepresent facts. The anti-Hindu powers and elements have relentlessly misrepresented concept of Shudra.

In this article we shall review its etymology, uses, misuses and abuses.

What is the etymology of Shudra?

This is Sanskrit, world’s most scientific and mother language.

If you are interested in knowing the etymology of Shudra, you got to know this much. I am avoiding translation in English because English with 26 alphabets can never fully capture Sanskrit having 43 alphabets.

But of all those great critics of Hinduism for Varn- vyavastha and Shudra, how many of them even know this much? You may do a survey and you will be shocked. Lesser they know, more loudly they criticize.

You may take the help of a Sanskrit Scholar to read and understand it. BTW: India still has great Sanskrit Universities/ Institutes and Scholars who may help you free of cost. If you fail to find one, please get in touch with me. ‘Free of cost’ promised.

What is its earliest Reference?

According to a study, the first mention of Varna is found in the Purusha Suktam verse of the Rig Veda.

According to Rig Veda, the four Varnas are the four constituents of the Primordial being.

Here comes another concept of Hinduism ‘एकोहम बहुस्याम’. Meaning Parmatma is ONE and manifests itself in various forms (like four varnas). That is the foundation of the principle of Oneness, Unity in Diversity, Namaste of Hinduism.

Hinduism had not to employ Diversity and Inclusiveness Officers like in Western Universities. Every Hindu by culture knows oneness of all including animate and inanimate.

Now you may see, to talk of lower caste (Shudra) in Hinduism is an aberration or distortion.

The use of Analogy is a great way to facilitate understanding concepts. When Rig Veda stated Brahmans constitute the mouth of the Primordial Being, Kshatriyas its arms, Vaishyas its thighs, and Shudras its feet. It signified four social functions of (1) thinking, planning, teaching, intellectual, (2) Defense, (3) Industry and Trade, (4) Service or support, and not four social hierarchical status. (That is the creation of vested interests)

If critics lack understanding or appreciation of the use of the analogy to describe four essential social functions to organize and maintain human society, problem is not with the analogy, problem is with the person.

The term is not Varnas but ‘Varn- vyavastha’ that means a system of organization of society by four functions.

Fact of the matter is even today, the same Varna- vyavstha of four Varnas is in use in every part of the world. The difference is of terminology.

To say that Shudras are lower caste is nothing but mischievous for personal political gains. Hindu Scriptures never said that.

What Hindu scriptures defined Shudra has been as follows:

Meaning, a person who does not have correct and adequate knowledge (gyan- vigyan, unmanifest and manifest) and because of that stays in grief is Shudra.

It had nothing to do with birth or feet of the Primordial Being; it had to do with the knowledge, that in more words mean gunn- swabhav- karam (gunn like Sattav, Rajas, Tamas- Innate nature- Occupation).

Varn- vyavastha was a statement of criteria to be Brahman, Kshatriya, Vaishya, Shudra. Whoever meets it, gets classified accordingly.

Exactly, as in a cohort today we classify students into A,B, C, D, F grade. The criteria is stated, whosoever meets, gets grade accordingly. A, B, C, D, F is not by birth.

There have been more than one case in ancient history of India where people born in Brahman family became Kshatriyas like Bhagvan Parshuram or a person born in a Kshatriyas family became Brahman like Mahrishi Vishwamitra.

In the modern times, this transition is rather a norm.

Varn- Vyavastha continues to be same four Varnas, but transition from class by birth to class by occupation is the norm.

Misuse of the term Shudra

The term Shudra has been misinterpreted and misused by all those who are anti- Hinduism, believer in ‘divide and rule’ and destabilization of Hindu Society.

Hindus have been historically the target of conversion machine. Now that that is being resisted and challenged, it hurts them and therefore they would like to divide and destabilize Hindu Society. To destabilize a society, the formula is, sow disrespect and distrust in their leaders (Intellectuals)

Historically, Brahmans have been the most difficult nut to crack by conversion machine, so they have been prime target of their insinuation campaign.

Abuse of the term Shudra

The term Shudra has been squarely abused by foreign invader/ rulers and Indian politicians to gain political power. That includes all those so called champions of scheduled castes (SC), schedules tribes (ST), other backward classes (OBC).

In a globally connected world of the day, the power of internet is immense. Of late, internet has come to be used to influence/ direct human mind for education, commerce, elections.

Dictionary meaning of Shudra (on Google)

Shudra (noun) a member of the worker caste, lowest of the four Hindu castes.

That is called vested interest narrative.

(To put some credibility behind this Dictionary, Google adds that Google’s English dictionary is provided by Oxford Languages. Oxford Languages is the world’s leading dictionary publisher, with over 150 years of experience creating and delivering authoritative dictionaries globally in more than 50 languages.)

An Indian Sanskrit Scholar’s reaction to Google definition of Shudra was: my foot.

And after seeing Shudra’s etymology and definition above, you may actually not disagree.