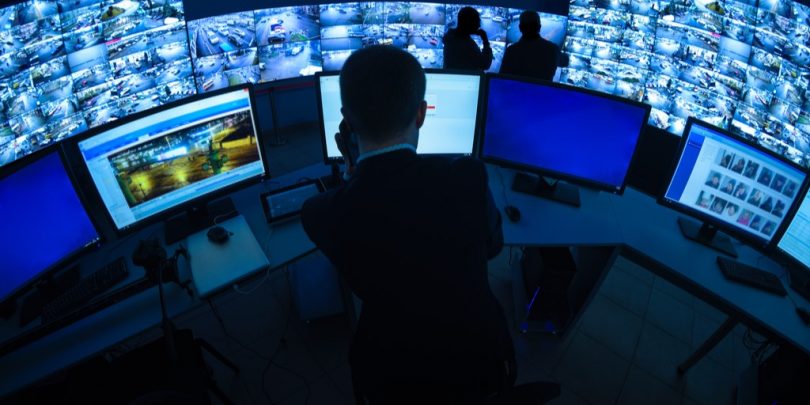 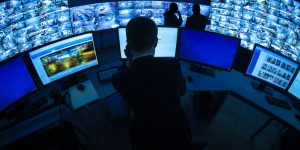 Big Tech autocratic aristocrats who run the tech giants Facebook, Google, Amazon, Apple, Twitter & many more in the silicon valley have demonstrated themselves as the most powerful body of individuals in the world. The nexus of Tech Tyrants in a coordinated action banned & deleted accounts of President Donald Trump. Earlier a day before major tech corporations of silicon valley deleted the post of President Trump & restricted access to him for limited time. The action comes day after protesters stormed the Capitol Hill building after President Donald Trump refused to accept the validity of the US Presidential held in November 2020.

And President Donald Trump brazen actions for favoring American citizens certainly upset ted the lobbyist (both Republican & Democrats) in Washington DC. To censure President Donald Trump Freedom of Speech & Expression, it was imperative to block his social media accounts thereby ensuring digital blockade and build wall of censorship to prevent him communicate his views to his supporters. The recent action to block Trump FOS & FOE by the Tech Tyrants suggest that United States is turning into Communist state and Tech giants think they have more say than the leader of the free world.

The rules set by the aristocrats of Tech Tyrants can be termed as #Techdictocracy. The new age Digital Marshall law norms of these Tech Tyrants resembles to standards adopted Chinese dictator Xingping. It is no secret that the Tech Tyrants have adopted double standards with no standard policies set in place to suspend accounts which incite violence. When former Malaysian Premier Mahatir Mohammad had tweeted that Muslims have a right to be angry and “kill millions of French people” for the “massacres of the past”, Cedric O, France’s Secretary for Digital Sector urged Twitter to suspend the account of the former Malaysian prime minister and in response the tech giant deleted Mahatir Tweet.

Terrorist organization Al Qaeda, Taliban have made Facebook pages, Telegram channels, and Twitter accounts to communicate to the world depicting them as legitimate power representing people in exile. ISIS has used social media to recruit thousands of non-Arab foreigners through its propaganda, projecting itself as global caliphate in the Islamic world. The oppressive communist regime of China who have been charged with carrying out ethnic genocide of Uighur Muslim minorities & Tibetan people for decades have been allowed to have Twitter accounts.

Facebook has been accused of leaking data to Cambridge Analytica which had used the sensitive information to build up Psychological user profiles of Facebook users and use them to influence voters in many countries. Media reports emerged stating that Cambridge Analytica’s former CEO Alexander Nix,met Rahul Gandhi, former union ministers Jairam Ramesh and P Chidambaram for data mining of Facebook posts and tweet to influence voters for the 2019 national election. Facebook Founder Mark Zuckerberg has contributed $350 million to the Center for Tech and Civic Life (CTCL), a left leaning organization which operates in strongly Democratic areas.

And in the name of cracking down on hate speech the Tech Tyrant has blocked influential supporters of right wing nationalist party BJP as their ecosystem have been infested by Leftist / Jehadis sympathizers. And its time to reign in tech companies who operate in India. American companies like Apple who operate in China comply with Chinese government internet censorship, blocking access to Western news sources, information about human rights and religious freedoms, and privacy-enhancing apps that would circumvent the country’s pervasive online surveillance regime. American Tech giant Google whose services are blocked by China, is reportedly working on Project Dragonfly, censored Chinese search engine which is designed to snoop on users to link their phone numbers to the search queries thereby increasing risk of oppression among middle kingdom citizens.

The nexus of Deep State & Tech Tyrants is clearly evident and India needs to bring in strict laws to ensure that privacy of the citizens of India are safeguarded. With 3.14 Billion active users Facebook / Snapchat / Instagram is the largest social media platform in the planet & Google, the most popular search engine controls 90% of the global search engine market. And its possible for these platforms to be used to influence user behavior for targeted political gains and causing instability by spreading fake news and distorted information. The Biden Administration may publicly state of strengthening relations with India & score brownie points with settling immigration issues affecting Indian citizens but we should not forget that Vice President elect Kamala Harris has expressed solidarity with Kashmiris and stated to intervene when India abrogated the special status.

Modi Government should keep eye on leftist hawks like Democratic Congresswoman Pramila Jayapal & others and express their reservations for interference in internal affairs in India. The approach with the Biden administration should be calibrated and we should monitor American Tech Tyrants for ensuring that Indian users are not under surveillance of any form, their personal information & social interactions are not recorded. Also Indian Government must ensure that users should have alternative to these platforms and any attempt to stifle competition by Tech Tyrants that hurts emerging platforms through any means affecting the creativity, innovation should be punished.