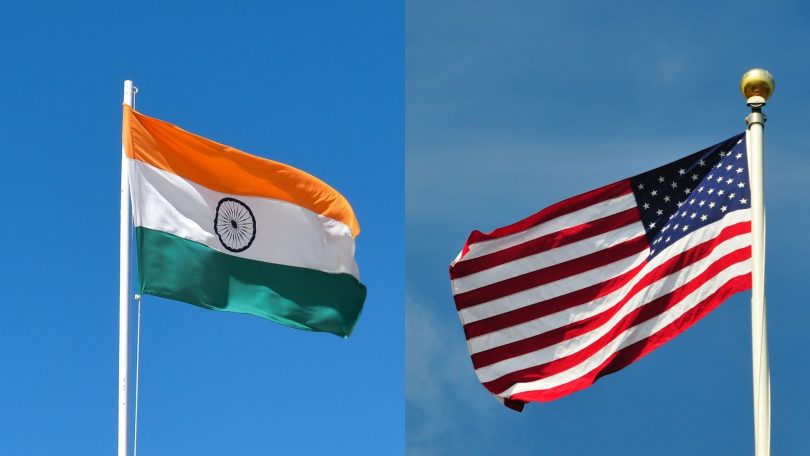 Indians are present in over 100 countries today, or we may say, nearly every country on this planet.

They get assimilated into their society where they migrate or even where they were forced to migrate, like in case of Fiji, Mauritius and Trinidad, Guayana etc. This is the literal expression of ‘Vasudhaiv Kutumbakam’, that is, world is one family. Hindus had spread around the world even in ancient times, being dominant in trade. This is proven by ancient relics, most importantly, murtis or worshipped ‘idols’ popping routinely out of earth during excavations across the world, right from Americas to Middle East to Europe and Asia. However, no document has been recovered which talks about them destroying any civilisation or converting people by force. They are still remembered fondly and with respect wherever they had reached, much different from the way erstwhile colonisers are remembered. This is the essence of Hinduness – respect very faith and civilisation, assimilate it or get assimilated without giving up your uniqueness.

Hindus don’t claim to that only their religion is true and their God is supreme. They say, “mine is true and your is true too.”

They have inherited the Vedantic view that – ‘Ekam sat, vipra bahudha vadanti’– Truth is one, wise ones speak of it in different ways. When I say this, I can only echo Swami Vivekananda what he spoke in Chicago long back. Despite this noble inclusive democratic faith in pluralism, there have been a sustained efforts to create Hinduphobia. It is strange that a community that has faced the worst holocaust for centuries, that saw millions perish, whose killings were glorified by the invaders by piling up skulls like towers and measured the killed ones with the weight of their sacred threads, is painted negatively and those who wrought such a misery on them are glorified. The last genocide and exodus of Hindus took place in 1990 in Kashmir, but world has hardly acknowledged it. I have met Chinese, British and USA think tanks and consulate officials many times and I am surprised at their lack of knowledge of Indian history and culture. There is more to India than the caste system. Indian Americans need to work hard to share the beauty of their culture, traditions and knowledge system; which is not just mysticism by hard science. I am told that you are heard better in the west if you play victimhood card.

But, my view is that Hindus need to assert themselves by sharing their strength and also talk about the true history of their achievements as well as persecution, not play victimhood game.

It is surprising that despite being the most disciplined, most law abiding people who are highest contributors per capita to the national wealth and knowledge, this community allows a minuscule minority of disgruntled malcontents and biased western academicians to besmirch their image. Hindus need to come out of the dark shadows created by such elements and talk. I think, Hindu society punches far below its weight. It needs to be more vocal and talk more with opinion makers of the USA and present its characteristic Hinduness to them. This is where Aditya Satsangi may be a trailblazer. It is not that Indians and Hindus among them have not done more than him. They definitely have. There are highly respected organisations and names that have served the communities very well. But, very few have been outward facing. Most are doing fantastic work but remain inward facing and address their own community. It is high time, Indians begin addressing American society at large. This is required because Americans must know more about Hindu dharma and Hinduness. Because, if Americans have to survive and thrive as a society, they will need to adopt Hinduness – not Hindu religion or rituals, but Hindu philosophy. If world has to survive as a global community, it will need to adopt Hindu way of life.

In the last century two dominant thoughts have been in conflict and wrought destruction of societies and nature. Two competing faiths that rose from the same roots, have destroyed more lives and civilisations than even natural catastrophes in their belief that have a duty or mission to convert others to their world view because only their view is true.

The competing ideologies of Capitalism and Communism strove to provide material comfort to the society and in the process exploited nature mercilessly in a way that today we are literally on the edge. Climate change and ecological disasters have become more and more severe. They believed that only human beings matter, not other living beings or nature. Only difference between the two has been, who owned the resources – individual or the state. None of them realised that “man does not live by bread alone.” In Hindu worldview there is not just physical but a spiritual dimension to human beings. They need to satiate their spiritual hunger too. This is the integral view of a human being and the society. This failure has led to decay in the institution of family, nay destruction of families, annihilation of man-woman relationship in the name of individual freedom and a huge number of children who are being raised by single parents or the state. In the words of Prof R Vaidyanathan, “In the west, families have been nationalised and industry and commerce have been privatised.” In Communist countries, the resources are controlled centrally.

So, at the end of all these efforts for a super luxurious, hunger free life, people are still not sure if they are indeed happy and more people turn to east to Hindu dharma or Buddha to satiate this spiritual hunger and find purpose for life.

None of 100s or peace accords have brought peace because, for peace one needs to give and take, win some, loose some. Expansionism and colonialism has only changed form, mentality is same – to corner the resources and to accumulate. Powerful nations and MNCs need to concede that others can have a legitimate view point and mindset. The people who wish to control the destiny of nations need to have deep belief that we all have a right to peaceful life, the way we are, not the way others want me or you to be. This is where Hinduness or Hindu way of life is important if we wish to prosper together and live together. What has India that is Bharat, the longest living civilisation, to offer – There is one truth that wise ones describe it in different ways. Is the only way to reduce conflicts. We need to celebrate this idea of “Republic of Faiths”, where diversity of thought and expression is respected and enjoyed. We can have harmony but not uniformity. Does west know that only Hindu dharma has not problem with LGBT and not treated as criminal? We need to treat world as one family, not as a market to be exploited by the powerful. Refusal to part with IPR of the Covid vaccine by the big MNCs and their well wishers versus readiness of India to share it is a typical example of this approach.

We need a health system that is preventive, not prescriptive.

We proffer prescriptions for the sick and keep finding new drugs for new diseases. We need to strive for holistic health of mind and body, that is yoga and Ayurveda – science of life. Why did India see less mortality among the aged? Because families took care of the elders, not old age homes. Because social organisations took upon themselves to fight the pandemic and help each other, not look upto state or central governments.

It will be difficult for people in USA to imagine more than a million people were on the roads to help the troubled victims, both of sickness and unemployment due to lockdowns. Why there are lesser mental trauma cases post Covid? Because families are there to take care.

Upanishadic wisdom says, “Ten tyatkten bhunjitha” – take only that which is sufficient for your requirements. Do not accumulate more than required as it is undesirable. Jain sages called this quality as ‘Aparigraha’. In words of Mahatma Gandhi, “Mother earth has enough for our needs, but not for our greed.” It is noted by observers that if every country wanted the consumption levels of the citizens of USA, it will take seven earths to support such a consumption. Hindu approach is the prescription for overcoming our urge to acquire and accumulate at any cost.

Next message is, respect nature.

Hindus don’t deify nature and animals because they are superstitious. They do it to instill respect for those elements of nature that help us live our lives. If biodiversity thrives, we can live. If nature survives, we survive. The western idea of “conquering the nature” is a very shallow idea. We need to respect the nature and work with nature. We have seen enough in last two years to understand how a simple wink of the nature leaves entire civilisation out to conquer nature, in tatters. Hindus are the only people who have ‘Shanti mantra’ or prayer for peace, that wishes peace not just for human beings – the two legged – but also for the four legged, the creatures and the plants. Herein lies the secret of saving the planet and us.

Lastly, west needs to follow the idea of “karma”.

You are responsible fo the consequences of your karma, your actions. You can’t act irresponsibly and expect Almighty to save you from the consequences. We need to own up our actions and their consequences. I hope our American Indian brethren can spread this message of holistic harmony and help make America even a better society than it is now is and the world a better place.