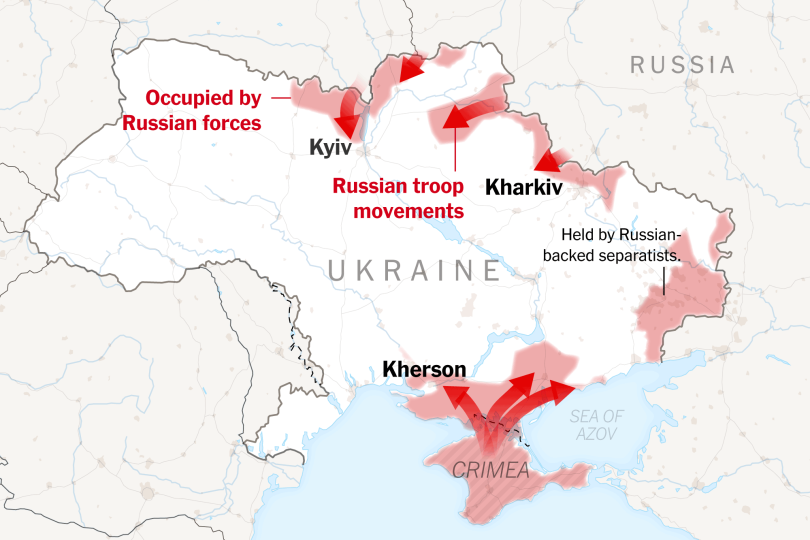 Why did India abstain from voting against Russia at the United Nations
Security council vote on Ukraine February 2022?

Bilateral ties between India and Russia are a key pillar of India’s foreign
policy over several years. Starting from India’s independence in 1947,
Russia has been a longstanding time tested friend of India playing a
significant role in economic security and development of India
especially through the Cold War and immediate post-Cold War era.

Indo Russian cooperation in military sphere has evolved from just a
sales transaction to joint research and development, joint production
and marketing of advanced defense technology; the Brahmos missile is
a joint collaboration, SU-30 aircraft and T90 tanks are produced in India
under license. 5th generation fighter aircrafts and nuclear energy joint
development have also been a part of the India Russia joint
development.

Such integrated developments over several decades have seen
Russia standing by India in 1971 when Indian Army liberated East Pakistan
(Bangladesh) from current Pakistan, while China and then U S
government supported Pakistan over India , ignoring massive
Human Rights Violation in Bangladesh and Hindu genocide wherein 3
Million Hindus were massacred.
Russian submarines arrived in the Bay of Bengal and were the only
protective forces between The US fleet and India.
This was a watershed moment in the 1970s where in Russian Indian
cooperation was cemented and moved along without any glitch for over two
decades.

More recently however Russia warming up to China owing to
integration in the private sectors and Russia’s  increasing trade with China has
stalled the economic cooperation between India and Russia.

Fast forward to 2022 India finds itself as part of the Quad with USA
Australia and Japan with increasing partnerships and cooperation
between the two democracies: India and the USA
Annual Trade between India and USA is fast approaching $150 billion,
and the two countries have set an ambitious goal of $500 billion
annually in the near future.

However, India has continued its mellow friendly relationship with
Russia having ordered  S 400 mainly for its security and defense
given China as well as Pakistan in its neighborhood with recent border
incursions on India.

The USA being the Strong QUAD partner and seeing  need for India’s
security at hands of China has been negotiating ways to avoid CAATSA
Sanctions on India for purchasing Arms from Russia.
Hence India would like to maintain a balanced view, be a strong wise
voice, but refrain from voting against Russia with which it has
developed a time-tested longstanding relationship.

This despite the India Russia relations having cooled off recently, owing to
growing relationship and proximity of Russia with China.
However, India does not want to and will not forget the goodwill or the
role that Russia played in its formative years starting with its
independence in 1947.

Prime Minister Modi of India is only one of four foreign leaders to been
awarded Russia’s top declaration the order of Saint Andrew.
Mainstream Russians see India as a reliably friendly country with which
their own nation has a virtually problem free relationship and for their
part most Indians regard Russia as a proven friend that during 75 years
of independence has never caused their country strategic harm
To question India’s decision or to cast a derogatory shade on India’s
decision to not support NATO and USA on the Security Council vote
against Russia would be very short sighted and tunnel visioned.
It reflects the glaring ignorance of the goodwill between India and
Russia built over seven decades which both countries would like to
preserve, especially India, in an increasingly multipolar world.

A brief insight into Cultural cooperation between New Delhi and
Moscow:
India and Russia have strong cultural cooperation built over the years.
Jawahar Lal Nehru Cultural Center, hosted by Indian Consulate in
Moscow works with Russian institutions
A Mahatma Gandhi chair on Indian philosophy, Institute of Oriental
studies Moscow, Institute of Asian and African Studies in Moscow State
University, School, International relationships, Saint Petersburg
university, Kazan State University, Far eastern National University
Many Russian institutions including leading universities and schools
teach Hindi, many Russian experts in Indian languages such as Bengali
Gujarati Marathi Sanskrit Tamil and Urdu
Yoga, Indian music and dance are very popular in Russia
Also the year of India in Russia was conducted in 2009, preceded by the
year of Russia in India in 2008.

150th anniversary of Rabindranath Tagore patriotic poet of India and a
Nobel prize winner for literature, was celebrated in Moscow.
Granted both the countries India and Russia have been rethinking
adjusting to upgrade their relationship to make it relevant for the 21st
century multipolar global geopolitical strategy
They both find themselves very closely linked to two opposing rival
superpowers in the world namely United States and China
Both countries have been in confrontational events with current
superpowers of the world.
i.e. India with China over border clashes in the Himalayas in 2020 and
Russia with the United states since 2014 Ukraine Crisis evolved.
Hence both the countries consider it their main task to shield Indo-
Russian strategic partnership built over seven decades from the wider
and increasingly adverse global context upholding mutual trust and
carrying on the growth development and friendly relationships built
over several years with the work of several leaders and goodwill
created thus.
India has reached out to both the counterparts of Russia and Ukraine to
maintain calm and solve issues via mutual dialogues than by war or
military operations
Hence to denigrate India for its position of abstaining from voting in the
United Nations Security council is a very tunnel visioned view of India’s
stand and take on Russia India dynamics.
India is the World’s largest Democracy with 1.3 billion Citizens. India
got independence from 200+ years of British Colonisation and 500
years of Mughal invasion prior to that.

India hence is focused on development and friendly relations with all.
India has also laid emphasis on “ Vasudeva Kutumbakam” , meaning,
the Entire Universe is Our Family.
Being a Member of the QUAD, growing Close Cooperation with the US
Navy, Security and Defense Strategies and Arms Purchase, the USA is a
key Partner in India’s growth story currently. The Private sectors,
Defense Strategy, Healthcare Sectors and Indo Pacific Strategy are
Critical Converging Points for both Worlds democracies.
India as are all other Countries of the world aware of the Tenets of
NATO- Russia Founding Act . There is no statement there that Ukraine
cannot in future reach out to be a NATO member. The Dynamics
between Russia and Ukraine are known to them alone. Respecting Both
the NATO members, QUAD Partner the USA and longtime Patron ,
Russia, India wisely chose to refrain from Voting in the United Nations
Security Council.
India certainly wants to follow through as a Dependable Partner of the
US. It has been growing exceedingly strong relations with European
Union along the same lines.
The same holds for India’s stand on Russia, which has been strong ally
during and after the Cold War, recent China leaning of Russia
notwithstanding.
Russia has always cast its United Nations Security Council Vote in favor
of India thus far. When Kashmir separatists weave unfair accusations on
India in International Platforms, Russia has always without much
brouhaha voted in support of India.
Even when the other 4 permanent members of the United Nations
Security Council voted against India, Russia’s only Veto vote has always
stood by India. Be it understanding India’s fair stand on Kashmir issues

or protecting India’s sovereignty with Submarine forces in the Bay of
Bengal in 1971. This occurred when Henry Kissinger’s China policy
swayed US Premier Richard Nixon to side with China and Pakistan, and
preparing to hurt India from the Bay of Bengal.
Needless to say, five long decades worth of water has flown under this
perilous bridge. But understanding Russia’s role during India’s
formative times is not easily forgotten by India.
This is how India honors the help it receives. This is the goodwill India
chooses to create with world countries.
This is in start contrast to Pakistan, receiver of atleast $33 Billion and
more Grants from the USA over last several years.
But Pakistans Prime Minister recently called the President of USA
“Ignorant” on Public Television. He brazenly and suddenly is colluding
with Russia, knowing well its animosity between its Mentor and
Godfather for atleast 4 decades, the United States .
This pattern is not new for Pakistan, as it has become China’s poster
colony over the last decade without any gratitude to what the United
States has done for Pakistan over many decades.
Yes, India is different for which the World and USA should be Thankful
for. India Will Always be a Strong Ally of the United States while
speaking with Maturity and Wisdom in World Politics while being
grateful for all the Major Countries who have helped India along its
growth trajectory.
India stands by the Sanathana Dharma principles of Non-Violence,
Supporting and Urging respect for all Human lives while continuing
sense of gratitude for the Superpowers who have helped and are
helping India grow.

Hence India refrained from voting against Russia in its Ukraine Military
exercise while still urging great restraint and trying its best to stop the
conflict from escalating to loss of lives.
Om Shanthi. Om Peace. Jai Hind.

American with an interest in geopolitics and national security.